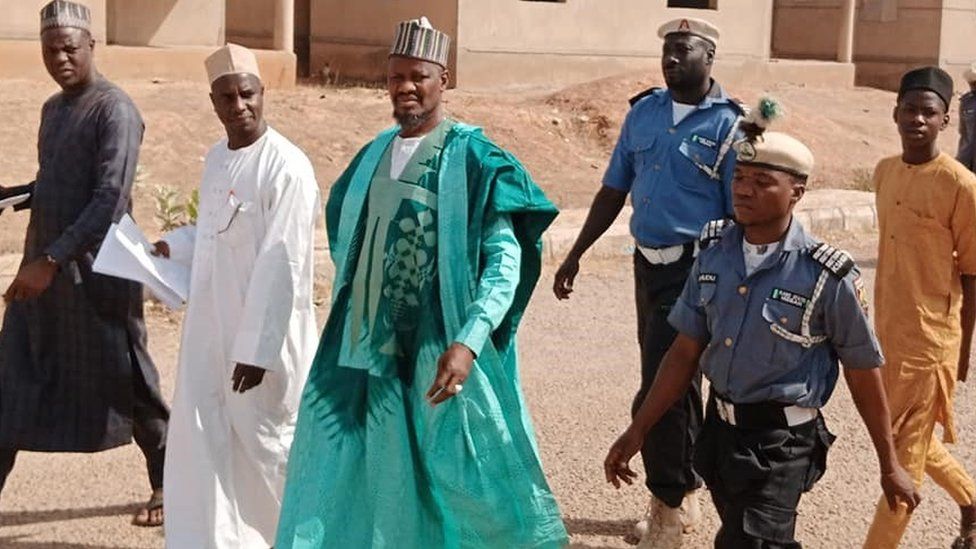 The Speaker of the Kano State House of Assembly, Alhaji Hamisu Chidari, on Wednesday described Kano as one of the most peaceful and tolerant states in the country, which according to him, is why people from all walks of life are trooping to the state.

Naija News reports that Chidari made the remark when members of Nigerian Interreligious Council (NIREC) paid him a courtesy visit at the Assembly complex in Kano. The Executive Secretary of NIREC, Prof Cornelius Afebu, also described Kano as one of the most tolerant states in the country.

This is despite the activities of the Islamic police force in Kano which recently ordered shops to only use headless mannequins to advertise clothing. The commander of the Sharia police known as the Hisbah, Haruna Ibn-Sina, told the BBC that “with the head on it looks like a human being”.

A radio talk-show host in Kano city, Moses Ajebo, was reported as saying; “we have received lots of calls and messages from those who say they disagree with the order.”

There has been other controversial orders and activities by Hisbah such as the instance of their officers shaving off the Mohawk hairstyles of young men on the pavements of Kano city, and chastising youth for wearing low-hung trousers.

Ibn-Sina had before now barred radio stations and shopping malls in the city from using the term Black Friday to advertise sales because Friday was a holy day in Islam.

Naija News reported at the time that Nigerians mocked Kano Hisbah Board over the ‘Letter Of Notofication’ on Black Friday with former Senator representing Kaduna Central, Shehu Sani describing the Hisbah threat against the phrase Black Friday’ as nonsensical.

“Friday is our sacred day of prayer as Muslims. Whatever colour is added to it doesn’t matter. Hisbah’s threats against the phrase’ Black Friday’ is nonsensical. They should focus on the killings and kidnappings going on in their domains. Their services are needed in the battlefield,” he said.

He said the daughter of the Emir of Bichi in Kano State failed to set a good example to other Muslims as the photos showed her exposed shoulders.

Regardless of all of the above instances, Chidari said the promotion of tolerance and understanding among individuals and corporate entities were among the top priorities of the State government, and this had placed the state ahead of others in terms of peaceful coexistence.

According to him, “The state remains the most peaceful and tolerant on all matters related to socio-cultural and economic stand points, which puts it ahead of its contemporaries on development.

“The peaceful nature of Kano people is what attracts people from different walks of life to the state, without fear of any discrimination.”

The Kano Speaker further said that the issue of religion was very important and must be taken with all seriousness, commending the council for the important role it was playing in promoting peace and unity among Nigerians.

Chidari assured of the assembly’s support for the activities of the council for peace at all times.