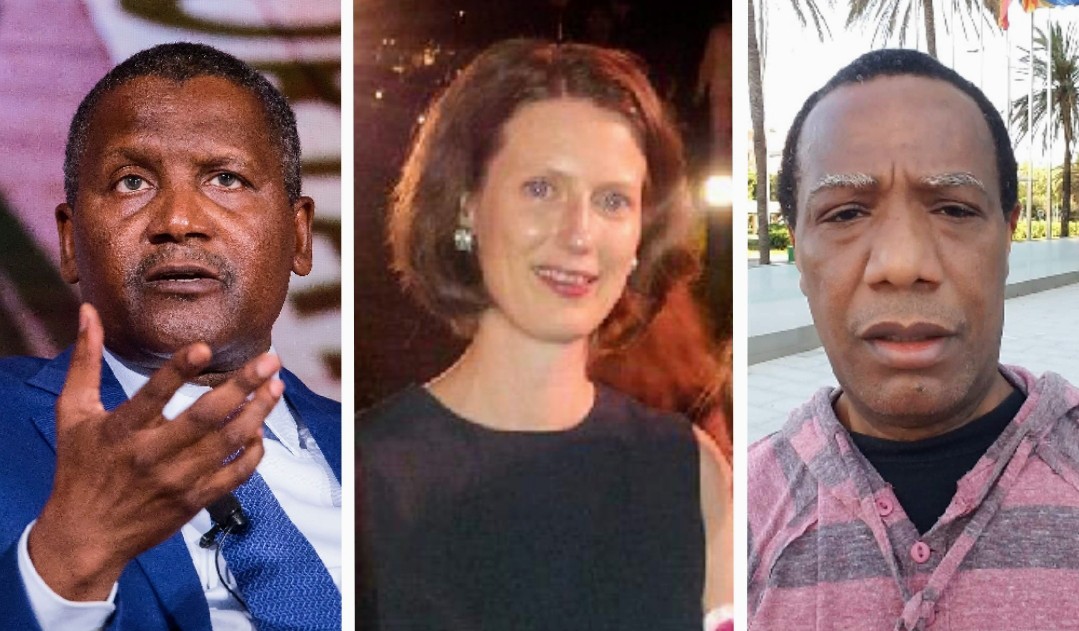 A businessman Kevin Ajenifuja has accused billionaire oil magnate Aliko Dangote of plotting with some other people to allegedly rape and psychologically manipulate his wife.

This is according to court documents obtained by PeoplesGazette and published on Wednesday.

In a lawsuit filed by the businessman on August 2, 2019, Ajenifuja claimed that he had developed the technique and process of a sector exchange-traded funds for Africa in June 2004, after over 10 years of research.

He accused Dangote of allegedly making arrangements on how his 22-weeks pregnant wife was drugged and how young men slept with her with the intention of stealing his trade secret.

The US based businessman said Africa’s richest man in collaboration with some employees of the World Bank Group in the 8th of February, 2020, invited his ex wife to a meeting at a Catholic mission in Washington, D.C., area where she was allegedly given illicit drugs including opioid.

He said is wife subsequently engaged in extramarital affairs with young men near Washington, and that was subsequently used to blackmail her into turning against her husband until she handed over his trade secrets to Dangote.

He stated that he only found out about the theft trade secrets in December 2016 after several investigations. 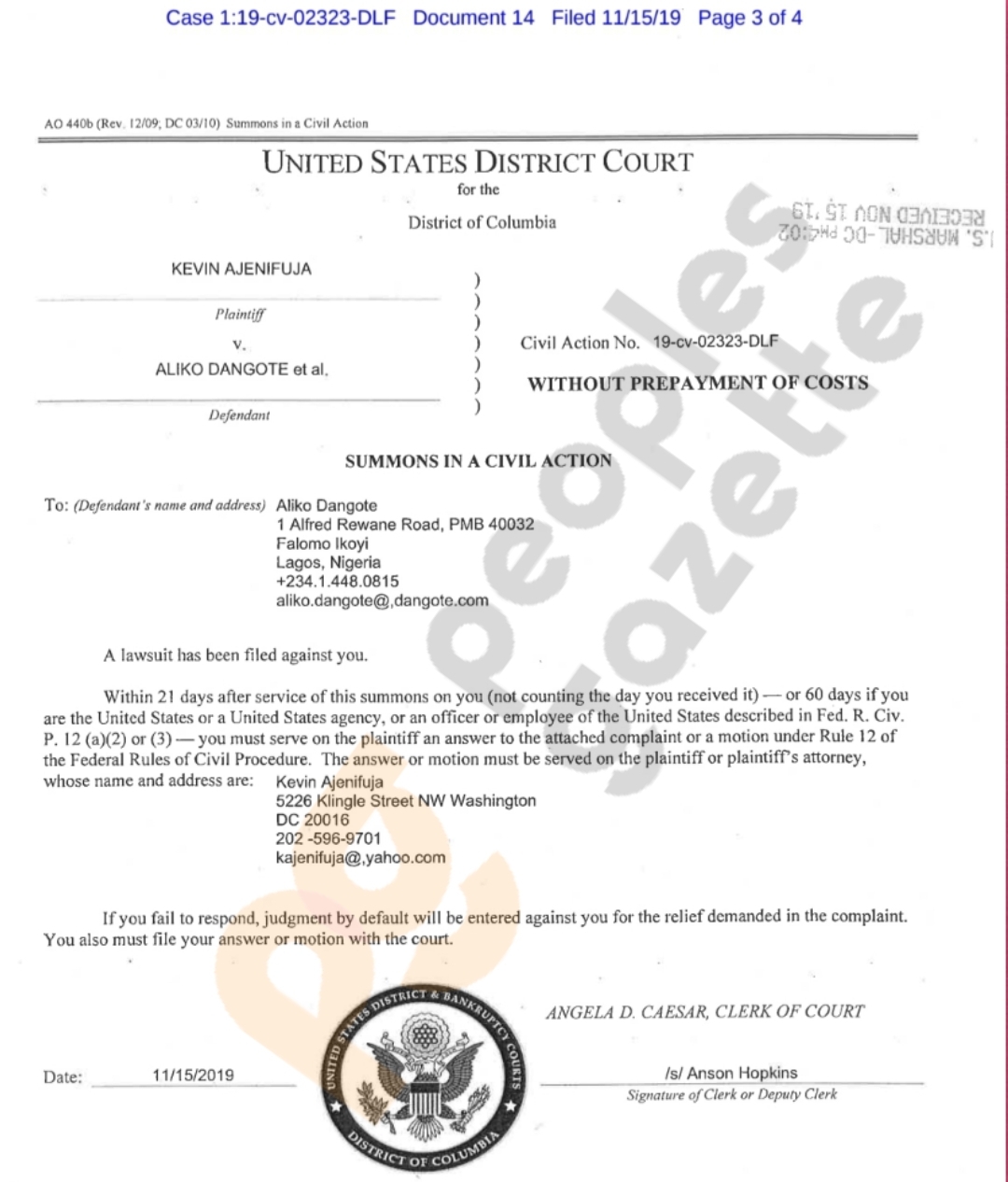 The plaintiff claimed that Aliko Dangote resigned as the President of the Nigerian Stock Exchange in 2014, a year before the expiration of his term, “to conceal his involvement”.

Recall that Dangote had in 2014 announced his resignation during the 53rd annual meeting of the NSE held in Lagos, taking everyone by surprise.

“On information and belief Defendant Dangote resigned to conceal his involvement in what happened to Plaintiff and Anita Koepcke,” Mr Ajenifuja said in court documents.

Africa’s richest man had cited the need to have more time for the execution of his companies’ expansion across Africa as the basis for his resignation.

Ajenifuja said it was around December 20, 2014, that he searched for the missing copies of the trade secrets and suspected that they had been stolen by Dangote via Anita.

He is demanding $1 billion as the least compensatory damages against MlDangote and others for the alleged theft of his trade secrets.

In their separate motions, the world Bank group sought to dismiss the case on the grounds that it was immune from suit.

Messrs Dangote sought for dismissal for lack of personal jurisdiction.

The US court rejected Mr Ajenifuja’s lawsuit because it was statute barred.