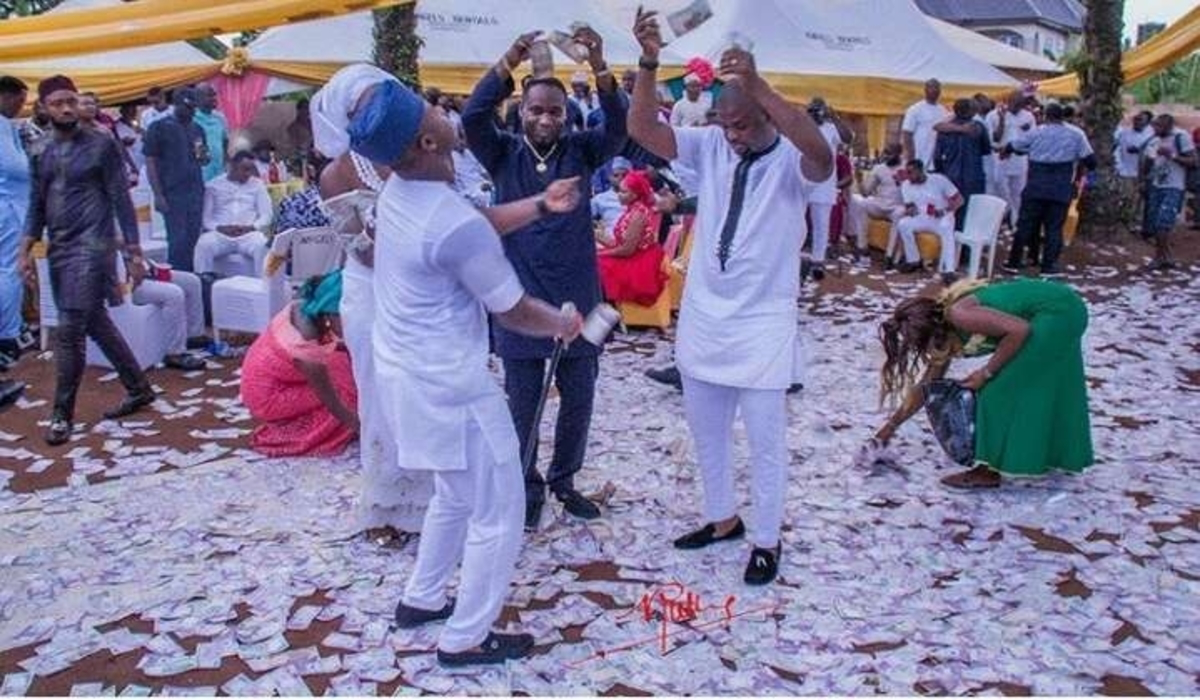 The Central Bank of Nigeria (CBN) has announced its plan to prosecute anyone found spraying naira notes at social events such as weddings, burial ceremonies and others.

In a statement on Tuesday signed by its spokesman, Osita Nwanisobi, the apex bank described the act as an “unpatriotic practice”, adding that it will be working with the Nigeria Police Force to arrest anyone found abusing the naira.

The CBN stated that the statement was necessitated by the recent activities by those who flagrantly abuse the legal tender by spraying, dancing or matching on it at parties.

The apex bank, however, urged Nigerians to respect the Naira which is the country’s legal tender and symbol of national pride.

It reads: “The attention of the Central Bank of Nigeria (CBN) has again been drawn to the activities of persons, who flagrantly abuse the legal tender by hurling wads of Naira notes in the air and stamping on the currency at social functions.

“There have also been cases where people mishandle the Naira, deface it, hawk the currency at parties and reject the currency in some instances.

“It should be stated that, contrary to the practice of these unpatriotic persons, it is neither cultural nor moral for people to disrespect the currency which citizens trade in.

“For the avoidance of doubt, Section 21(3) of the Central Bank of Nigeria Act 2007 (As amended) stipulates that “spraying of, dancing or matching on the Naira or any note issued by the Bank during social occasions or otherwise shall constitute abuse and defacing of the Naira or such note and shall be punishable under the law by fines or imprisonment or both.

“Accordingly, the Central Bank of Nigeria is collaborating with the Nigeria Police, Federal Inland Revenue Service, the Economic and Financial Crimes Commission and the Nigerian Financial Intelligence Unit to address the unpatriotic practice.

“We, therefore, warn Nigerians, particularly those at social functions such as birthdays, weddings and funerals, to desist from disrespecting the Naira or risk being arrested by law enforcement agencies.”

“The Naira is our legal tender and symbol of national pride. Let us respect it and handle it with care.”