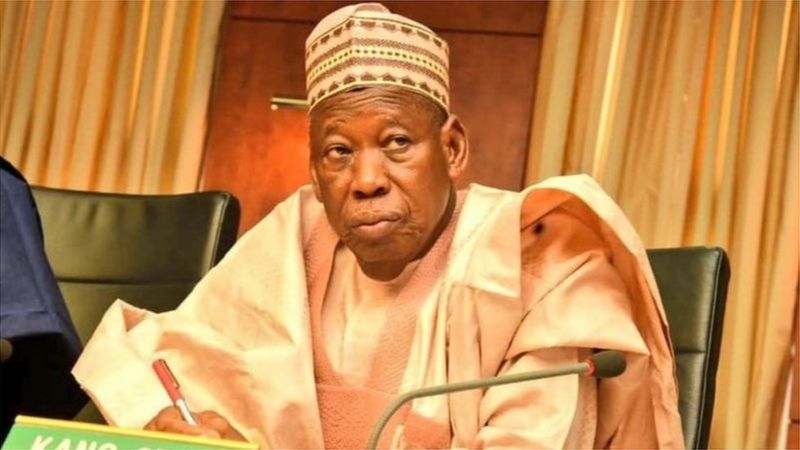 The Kano State government has denied a trending video alluding to the fact that an anointed candidate has been picked to take over from Governor Abdullahi Ganduje in 2023.

The state government on Monday, urged members of the public to ignore a trending social media video in which the governor’s wife, Prof. Hafsat Abdullahi Umar Ganduje purportedly named who would take over from her husband.

According to the video, Mrs. Ganduje had suggested the commissioner for Local Government and Chieftaincy Affairs, Murtala Sule Garo as the prefered candidate to succeed her husband when his tenure ends.

However, making clarifications in a statement on Monday, the Kano state commissioner for Information, Mallam Muhammad Garba, explained that the governor’s wife was quoted out of context in the trending video clip which has gone viral on social media platforms.

He noted that there is no anointed candidate expected to take over fromGanduje in 2023.

Meanwhile, former Kogi West lawmaker, Senator Dino Melaye has predicted that the ruling All Progressives Congress (APC) will implode before the 2023 general elections.

In an article released on Monday, the Peoples Democratic Party (PDP) chieftain said the party will break up due to the illegal leadership of the Caretaker Committee led by Governor Mai Mala Buni of Yobe State.

Melaye claimed that the ruling APC was not a political party but a non-governmental organization that is destined for destruction.