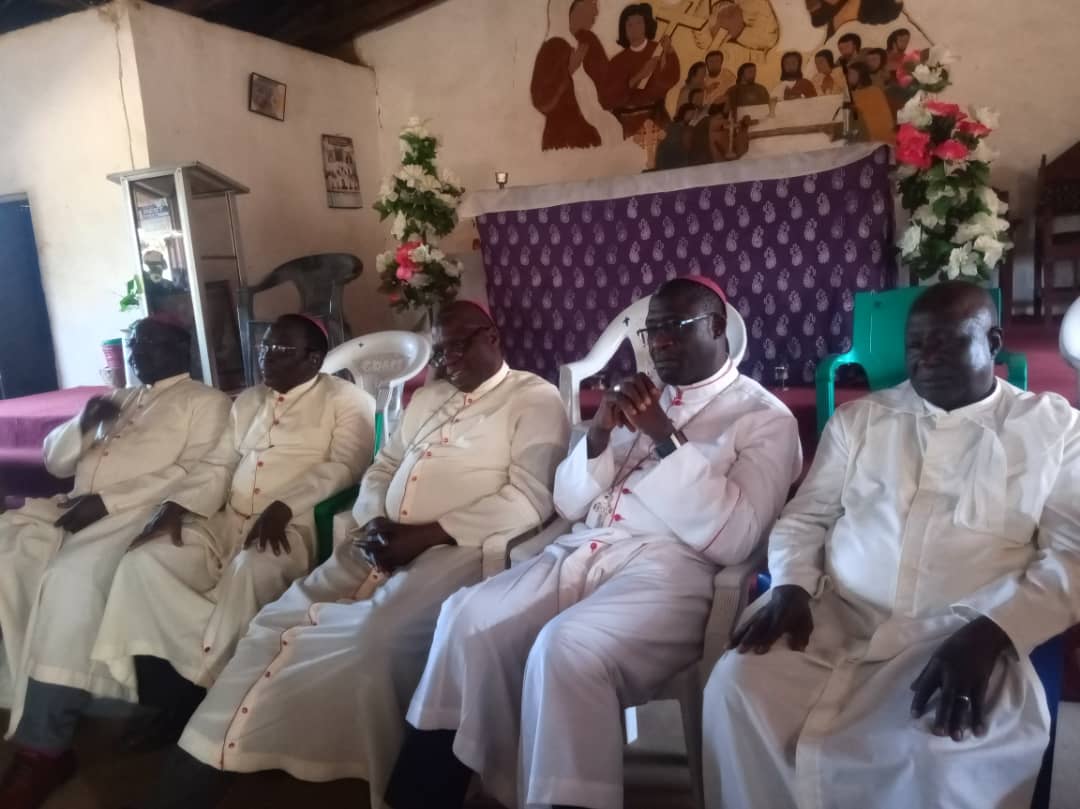 Catholic Bishops, under the Ecclesiastical Province of Kaduna, yesterday accused northern governors of formulating policies and programmes geared towards a particular religion, alleging that this was responsible for attacks on Christian faithful in the North

In a statement jointly signed by Archbishop of Kaduna, Matthew Man-Oso Ndagoso and Archbishop of Kaduna Ecclesiastical Province, John Namaza Niyiring, the bishops, they lamented that “Church leaders have been kidnapped, tortured and in some cases, gruesomely murdered for no reason other than that they bear the Cross of Christ”.

“The perpetrators of these evils are constantly appealing to the religion of Islam to validate their criminality. The actions of some of our governors in the past and even present have opened up windows that are being exploited by these evil men in the name of religion. We, therefore, call on our governors to become more circumspect in the policies that are being enunciated regarding religion.

“It is important for us all to understand the northern states have been the most affected in these tragedies, loss of human lives and horror that has engulfed our nation. Adequate consultations should be undertaken with all religious leaders and the wider society because our plural societies demand nothing less if laws are to be for the good of all,” they said.

While bemoaning worsening insecurity in the country, the spiritual fathers blamed Nigerian leaders and northern governors for not doing enough to stem the spate of attacks and killings of innocent persons.

They pointed out that deaths resulting from the atrocities of kidnappers, killer herdsmen, bandits and terrorist groups have made Nigeria the most terrorised country in the world, stressing that the country is at war with enemies hiding under religion to perpetrate evils.

The bishops maintained that the current cases of killings of innocent citizens were akin to the civil war that spanned 1967 to 1970, asserting that the last few years as the most trying times in the history of the country, saying a culture of self-doubt and uncertainty have bred fear, anxiety and deep suspicion among the people.

“Except for the civil war, our nation has never witnessed the kind of widespread macabre, evil, wanton destruction and murderous blood-letting. Life has never been so cheap, nor has Nigeria ever been at the stage we are in now. Deaths in the hands of kidnappers, killer herdsmen, bandits, and terrorist groups have made Nigeria the most terrorised country in the world. We are now one of the most dangerous places to be born. Everywhere you turn, funerals have become our daily menu. The abductions of schoolchildren have presented us with the prospects of a traumatised generation of young students. Even at the best of times, our region has been behind in almost every index of human survival.”

“We have declared a week of prayer and fasting for peace in our land from August 15 to 22, 2021. The week of prayer will be formally declared open by the Bishop and will include rosary procession and benediction in our churches,” they added.