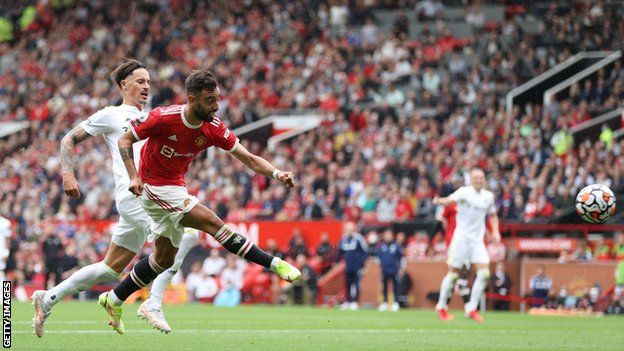 Bruno Fernandes scored three goals for Manchester United in the first matchday of the Premier League against Leeds United on Saturday.

This is the first time Fernandes has scored a hat trick since joining the Old Trafford based club in January 2020.

Leeds United pulled one back through Luke Ayling in an attempt to keep the score line respectable.

Paul Pogba who is being constantly linked with a moved to PSG grabbed four assist in the Premier League opener.

Manchester United’s new signing Jadon Sancho who joined from Borussia Dortmund made his debut from the bench.

Leeds have not won at Old Trafford in the Premier League since the 1981 season, losing 6-2 last year.