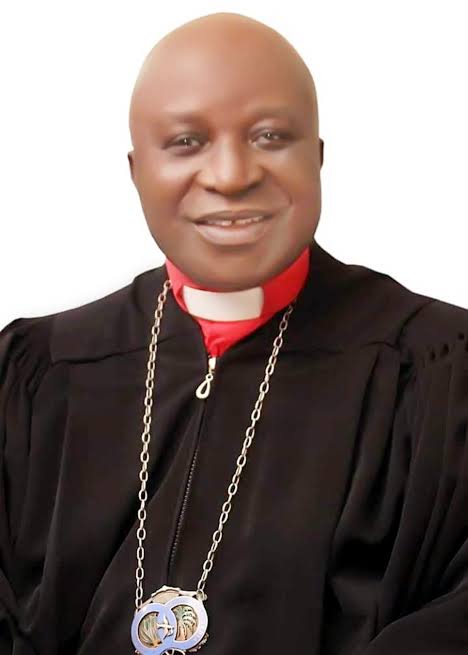 The Presbyterian Prelate, Most Reverend Nzie Nsi Eke, on Sunday, backed the calls for rotational presidency in the country, saying no group should lord it over others.

Eke spoke in Abuja while addressing journalists after a special service to mark the 175th anniversary of the Church in Nigeria.

He also expressed confidence that the election of a Southern President in 2023 was possible, urging Nigerians to support transformational leaders in the 2023 general election.

The Prelate also advised the Federal Government to adopt a more aggressive approach to tackling Nigeria’s insecurity as well as dialogue with the leaders of separatist groups for the nation to enjoy peace and make progress.

He said, “We are aware that there are complexities of different tribes and tongues in the nation. So, it’s important we grant limited leadership to any particular group.

“In the church, we subscribe to rotational leadership because it allows different regions to be represented. Nigeria can learn this from the Presbyterian church by allowing the leadership to rotate among the regions of this nation. It will minimize the in-fighting we are having, especially when we realise that we are one. Leadership should be tasted by every region.

“We are not happy that citizens are no longer enjoying this country the way we used to. Nigeria is a beautiful place, but because of insecurity, everyone is no longer at ease. So, the leadership of the country needs to do more to tackle the menace. We believe they have not given serious attention to the problem of security.

“If Nigeria would really sit-up, and address these problems wherever they are found, not minding the region, then the citizens would enjoy the good in the land. No one loves violence, because when there is violence, the masses will suffer.”

Also, the Prelate urged Nigerians not to allow any political leader to play the role of a dictator, blaming the challenges in the country on bad leadership.

“We must speak truth to ourselves and create an enabling environment where everyone will have a sense of belonging. Until every Nigerian has a sense of ownership in the country, we will continue to have separatist agitations.

“There is no alternative to government dialogue with leaders of separatist groups. We don’t need to fight a war before going to the negotiation table.

“So, going into the next general election, Nigerians should support transformational leadership.”