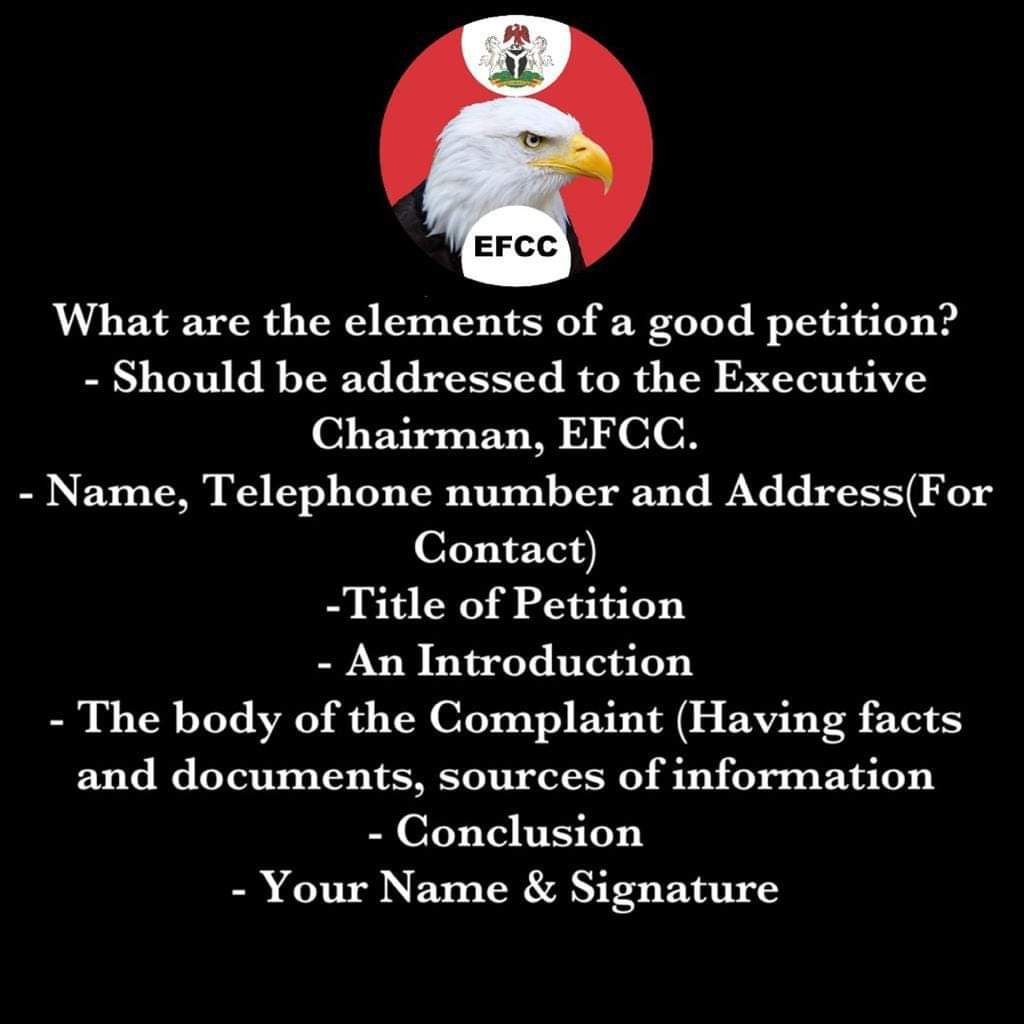 The Economic and Financial Crimes Commission (EFCC) has lamented that most petitions against corrupt persons sent to its official email address by whistleblowers are not properly crafted or typed.

Naija News reports that the anti-graft agency gave its official email address for blowing the whistle on instances of corruption as [email protected] and listed nine elements which must feature in any petition written to it.

The anti-graft agency further stated that petitions can be submitted in person to its various offices across the country or via the official email address, but not through social media.

EFCC, in a post on its social media page on Saturday, listed the elements of a good petition thus:

The petition should be addressed to the Executive Chairman, EFCC.

The body of the Complaint (Having facts and documents, sources of information)

Your Name and Signature.

It would be recalled that the Commission had months ago denied viral report that it was offering money to anyone with information that could lead to the arrest of internet fraudsters, better known as ‘Yahoo Yahoo Boys’.