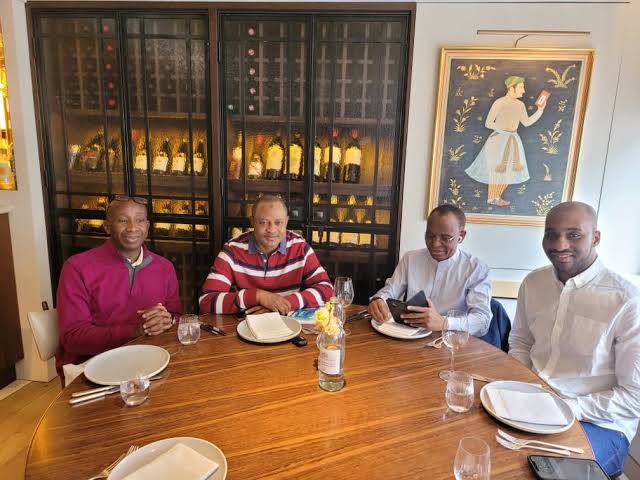 Naija News reports that President Muhammadu Buhari and the National Leader of the All Progressives Congress, APC, Bola Tinubu usually jet out to UK for medical treatments.

It was gathered that the Kaduna governor was on Friday visited by Senator Uba Dani (APC-Kaduna Central) and other associates who had launch with him.

According to Sahara Reporters, the governor was allegedly hurriedly flown out of the country a few days ago.

The governor alongside his associates were thereafter pictured on Friday, having a lunch in an Indian restaurant in London.

According to unconfirmed reports, El-Rufai was flown abroad for treatment a few days ago and his deputy, Mrs Hadiza Balarabe, is currently acting on his behalf.

Balarabe, on behalf of the governor received the Chief of Army Staff, Lt Gen Faruk Yahaya, who was at the Kaduna State Government House on Wednesday on a working visit.

Meanwhile, National Leader of the All Progressives Congress (APC), Asiwaju Bola Tinubu has explained that the visit by President Muhammadu Buhari to him in London was a friendly visit.

He made the submission in a note of appreciation contained in a statement released by his media office on Friday, 13th August.

According to the APC stalwart, the President’s visit is a sign of his considerate personality and humility as the leader of a great nation, Nigeria.

Tinubu while appreciating President Buhari for the gesture, also wished him the best as he continues to direct the affairs of the country.