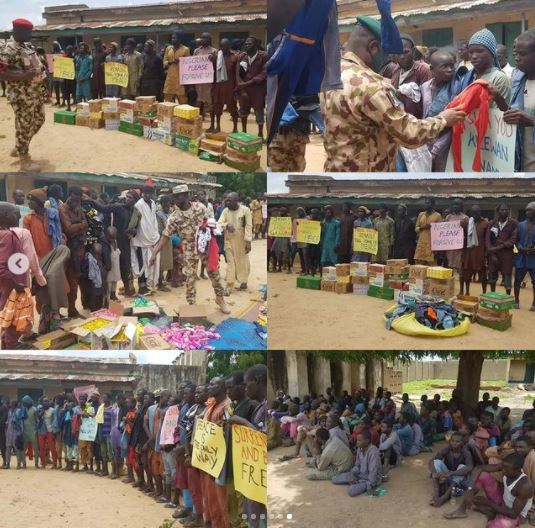 The Shehu of Borno, Abubakar El-Kanemi has declared that accepting repentant Boko Haram members back into the communities will be a difficult challenge.

The traditional ruler who noted that it is difficult enough for the community members to forgive terrorists who killed and raped their family members and brought institutions to the ground, expressed concerns about reintegrating the repentant insurgents back into the society.

The Shehu submitted that while the idea of de-radicalization of repentant Boko Haram terrorists by the Nigerian Army under its safe corridor programme is a good initiative, the memories of the horrors they committed during the years of insurgency will always haunt them.

Apart from him, Naija News understands some other traditional and religious leaders in Borno State have also expressed concerns about reintegrating repentant Boko Haram members into their communities.

Bama township and its college of education were flattened by Boko Haram in September 2014 even as the insurgents were reported to have killed 13 district heads and several ward heads in 16 LGAs in Borno.

“The Safe Corridor programme of the Army led to the de-radicalisation of repentant terrorists in Gombe state. But it will be very difficult if not impossible for us to reintegrate the repentant insurgents into our destroyed communities,” the Shehu said as reported by The Cable.

He added that “It is easy to forgive for the destruction of many lives and property, but difficult to forget the wanton loss of lives in the various communities of my Chiefdom.”

“Many people were killed along with their property for 12 years. And you people and the media expect us to forget and forgive the repentant terrorists?”

It will be recalled that Boko Haram terrorists not less than 1,081 in number, some senior commanders and their families have surrendered to troops of Operation Hadin Kai after attacks on their hideouts by the military.

It was gathered that the terrorist was forced to surrender due to famine, internal and health challenges which have made life unpleasing for them.

The Director, Army Public Relations, Brig-Gen Onyema Nwachukwu, while confirming the development in a statement on Monday said, more arms and ammunition were also recovered from the surrendering terrorists.

On Friday, the Borno State Government through its Commissioner for Information, Culture and Home Affairs, Babakura Jatau, said the state is ready to accept and reintegrate the repentant terrorists into society.