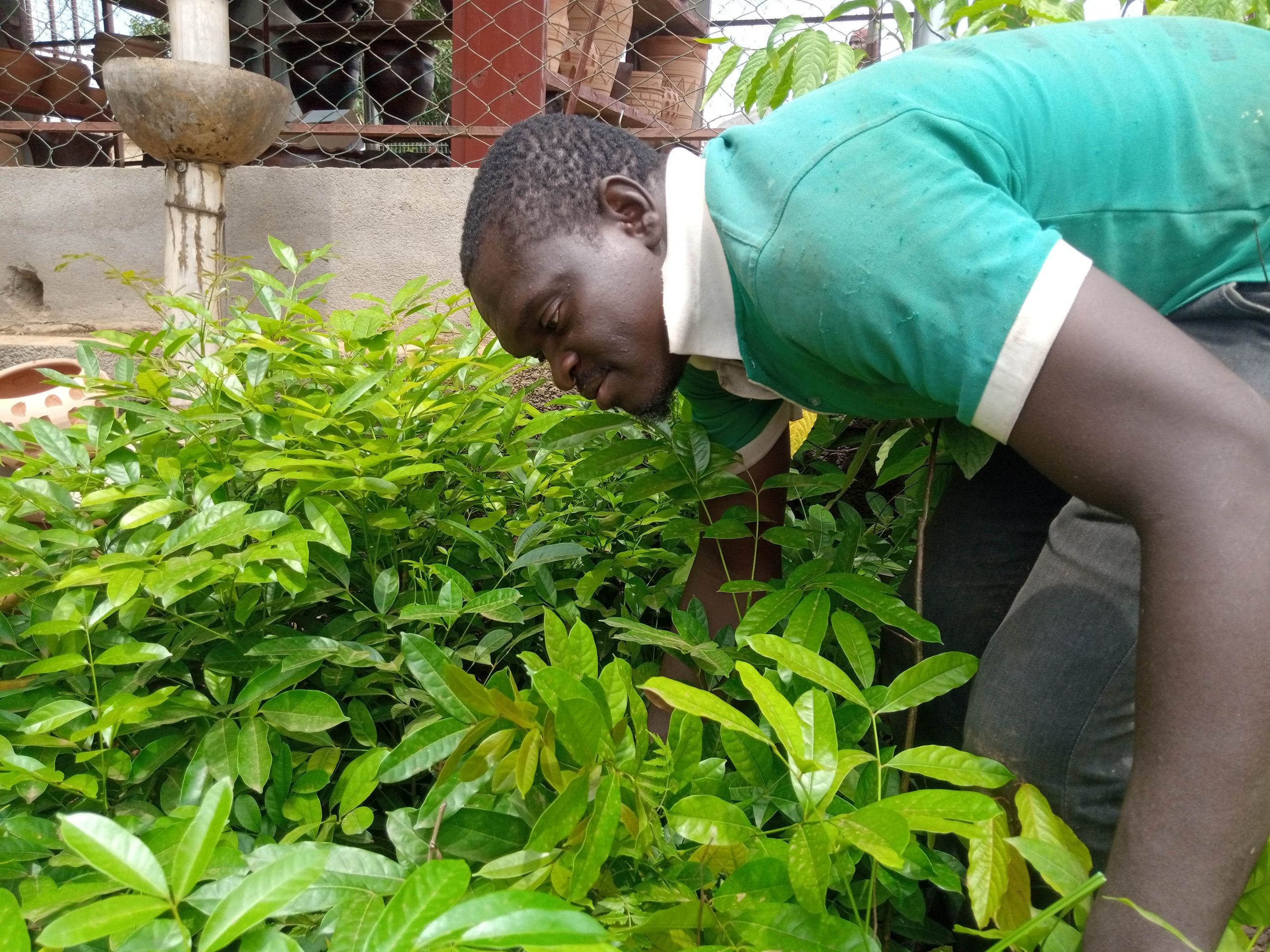 In a bid to combat the encroachment of the Sahara Desert into his environment, a Kaduna-based horticulturist, Aminu Salisu has undertaken an annual planting of a thousand Mahogany, NEEM and other trees which are resistant to climate change and high temperature also with the aim of preserving endangered species of trees.

Naija News reports that harsh climatic conditions and deforestation in northern Nigeria are prime reasons why herdsmen move down south to graze their cattle and in the process destroy farmsteads which often results in violent clashes. Also, hundreds of wildlife are forced into migration as a result of climate change, bush fire and the dearth of other plants in some of the forest ecosystems.

Plant scientists, geologists, climatologists and horticulturists in the country have continued to express concern over the increasing disappearance of some vital plant species that are resistant to climate change and harsh atmospheric conditions, thereby forcing wild animals to ditch their natural habitat.

This disappearance has contributed in no small measure to global warming, desertification and deforestation in his environment. Experts say global warming, timber business, tropical plants diseases, bush fires, firewood exportation are at the heart of the deforestation that has led to the extinction of many plants species that are resistant to all forms of climatic conditions and ecological challenges in the Northern region

On a daily basis, important trees gradually disappear from Nigerian forests due to the irrational activities of those who fell timbers for the construction of houses and other domestic uses. Most of these forests have guards paid by the government yet illegal loggers still have a field day at the expense of the environment.

The Director-General of the Nigeria Conservation Foundation (NCF), Dr Mukhtar Aminu-Kano, raised the alarm in March that Nigeria has lost about 97 per cent of wildlife and forest resources to poaching. According to him, “In Nigeria, it is getting worst, we have lost about 97 per cent of our original forest so we have only five to six per cent left, and that means all the forests and wildlife have gone.”

Aminu-Kano explained that forest destruction was caused through bush burning, clearing, logging or firewood cutting, slash and burning agriculture. He noted that apart from forest destruction, Nigeria was also having a bad name abroad for being notorious for selling engendered species of plants and animals outside the country.

In a bid to salvage the situation, Salisu told our correspondent that he plants a thousand Mahogany, Neem and other economic trees every year, disclosing that this pastime is geared towards protecting the environment against challenges that do not bode well for humans, animals and other living organisms in the forest.

He however harped on the need for concerted efforts to protect many economic trees and other plant species that are resistant to climatic conditions and are now facing serious challenges associated with heat, bush burning, charcoal, and firewood business.

Salisu said, “If you are observant, you will see that most of our forests are gradually turning to the Sahara Desert due to a lack of commitment by the authorities, volunteers, civil societies organizations, Non-Governmental Organizations and other stakeholders in tackling the challenges of despoliation and deforestation headlong.”

He maintained that most of the species of trees that are supporting the fight against climate change and environmental degradation are gradually phasing out, hence the need to find new ways of protecting them.

The horticulturist disclosed that Mahogany trees play a significant role in protecting the environment and reducing the speed at which the Sahara Desert is swallowing up the vegetation of northern Nigeria.

While charging the Ministry of Environment, civil societies, religious leaders and traditional title holders to be committed to the campaign against deforestation and global warming, he appealed to wealthy individuals to support tree-planting initiatives so as to save the environment from the increased burden of deforestation, desertification and other ecological challenges.

On speaking on the subject matter, the Director of African Climate Reporters, Comrade Nurudeen Bello emphasized the need to prevent species of trees in the forest from going into extinction

Another environmentalist and a plant scientist, Mallam Abdulhadi Mohammed of the Kaduna Polytechnic called on Nigerians to imbibe the culture of trees planting, for the sake of the preservation of the environment.

He pointed out that the planting of trees can save humanity from several disasters including erosion, flooding and the overflow of river banks.