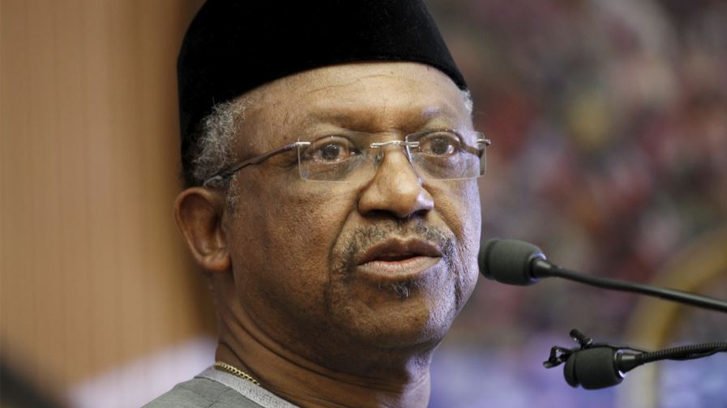 The Minister of Health, Osagie Ehanire has revealed that the government has mobilized corps members and consultants to manage hospitals as resident doctors continue their strike action.

Speaking on Thursday, Ehanire noted that the government is aware of the impact created by the striking doctors on the health facilities but has deployed replacements to mitigate the impact.

The Minister insisted that it is wrong for the medical doctors to embark on strike given the sensitive nature of their duties and the impact it can have on the citizens.

Naija News recalls the resident doctors on August 2, embarked on strike action, accusing the federal government of failing to implement agreements it had with their union on issues including salaries, hazard allowances, and others.

The strike has made the nation’s health care system vulnerable and close to total collapse but Ehanire said corp members and consultants have been drafted to save the situation pending when the issue will be resolved.

The Minister said; “Although the resident doctors have gone on strike, and as I said before, we are appealing to them not to use this very vulnerable period when the country is facing a war.

“For those of you who have been very keenly following international news, you know the havoc that the Delta variant did in India, and what it has done and it is doing in Indonesia, Ireland, and other countries.

“We have only one or two percent of eligible Nigerians vaccinated. So we are really facing something like a war. When you face a war, that is not the time that soldiers say they are not going to fight.

“We don’t want to see here, what happened in India where they also lost 400,000 lives due to COVID-19 Delta strain, we don’t want that.

“But even then, during this strike, we have mobilized all consultants and youth corpers and all those who render services to ensure they are rendering service, to ensure that the hospital services do not collapse and everybody is doing very well.

“I salute the consultants and youths corpers and all those who are not on strike, who are giving service and also the private sector who are supporting us. The private sector is rising up to the challenge to make sure that health services, one way or the order, are going on and there is not serious distress in the hospitals.”

On the issue of the ‘no work, no pay’ directive issued to the striking doctors by the government, Ehanire said it is not a threat but standard labour practice in such a situation.

“Nobody is threatening anybody with anything. That is a standard thing, that is the International Labour Organisation (ILO) recommendation that if you didn’t work why will you get paid.

“Your salary comes from taxpayers money, so if you didn’t work why should you go and be saying you should be paid because if that is so, you can be encouraged to stay home for up to six months and your salary is running from public funds, from taxpayers money and you have not given the community any service,” he declared.