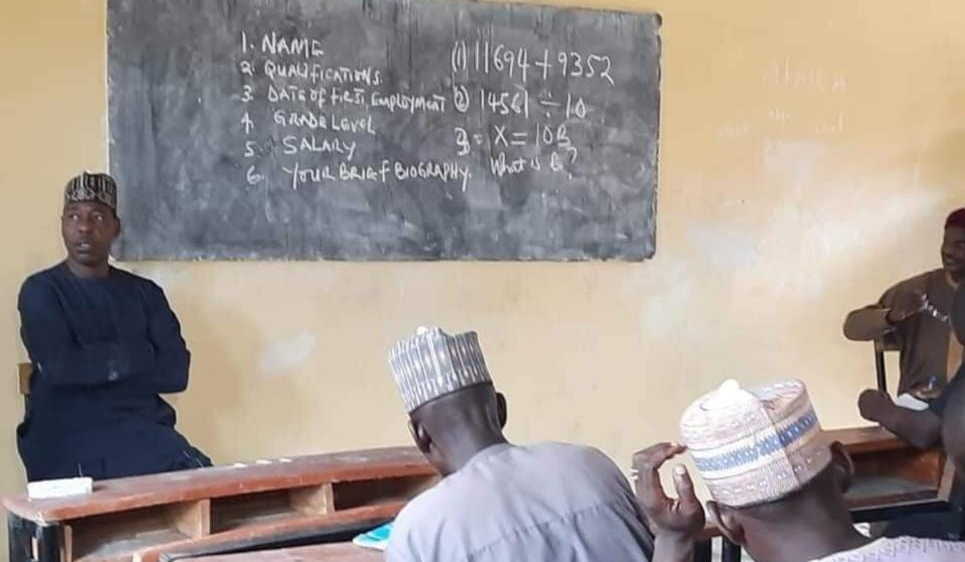 School teachers at the Baga area of Borno State were caught unaware following the visit of the state governor, Professor Babagana Zulum, to the area on Monday.

Naija News gathered that the governor visited the area to determine the level of their qualifications and ability to teach.

A statement released on Monday by the governor’s spokesman, Isa Gusau, said Zulum conducted an impromptu test for the teachers and also supervised them.

Gusau, however, noted that the governor told the teachers that the test was not to sack anyone but to determine their teaching capacity.

“Those that have no capacity to teach would be given a choice, either to redeploy them to the administrative department or send them for further training.

“At the end of each year, every teacher and his pupils will be evaluated and the government will also support them with accommodation and other related services.

“After interacting and revealing their aptitude test results, Zulum announced a package of 20,000 Naira and 10 yards of fabric (Shadda) to each teacher.

“The Senior Secondary School’s Principal and the Primary School Head Teacher each got 50,000 Naira and 10 yards of fabric (Shadda),” the statement read.

The statement quoted Zulum as saying: “As long as you will make a meaningful impact to the society, we shall support you. We shall evaluate you, and those of you whose salaries need to be upgraded will be updated.

“Whenever I come back to this town again, I will call a teacher by name and determine the level of his capacity and that of his pupils.

“We would encourage more pupils’ intake, especially by providing a meal and other support.”