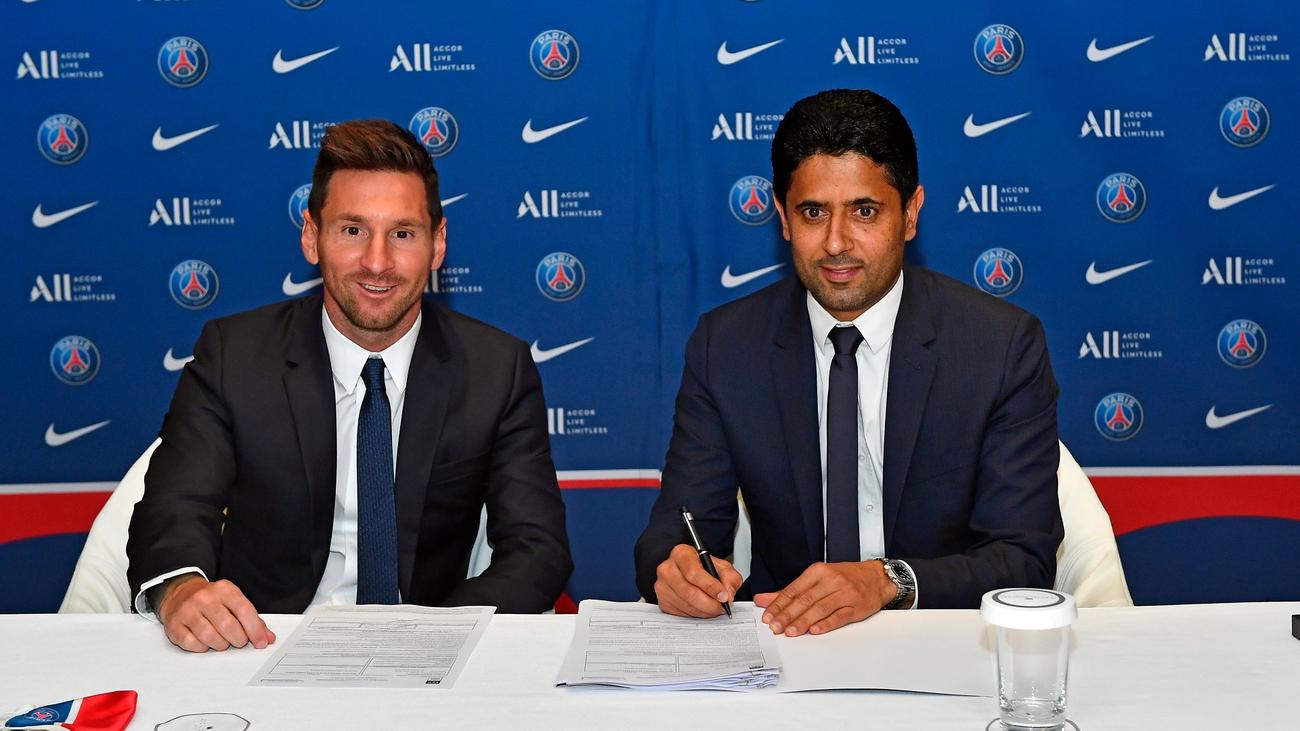 The Chairman and CEO of Paris Saint-Germain, Nasser Al-Khelaifi, has revealed why the club signed Lionel Messi on a two-year contract with an option of a third year.

In a statement on Tuesday, Al-Khelaifi said signing Messi was a strategic decision for the club, adding that the star player will help Paris Saint-Germain make history

The PSG chairman asserted that the Argentine will help the French club to win trophies and improve the quality of the squad.

He noted that Messi’s signing reinforces the club’s aspirations, describing Messi as “a legend of the game and a true inspiration for those of all ages inside and outside football”.

He said, “I am delighted that Lionel Messi has chosen to join Paris Saint-Germain and we are proud to welcome him and his family to Paris.

“He has made no secret of his desire to continue competing at the very highest level and winning trophies, and naturally our ambition as a club is to do the same.

“The addition of Leo to our world-class squad continues a very strategic and successful transfer window for the club. Led by our outstanding coach and his staff, I look forward to the team making history together for our fans all around the world.”

PSG secured Messi’s signature after the forward had failed to agree to fresh terms with Barcelona, who are enduring financial difficulties amid complications with LaLiga.

The 34-year-old moves to the Parc des Princes having scored 672 times in 778 appearances for his former club and further PSG’s already remarkable depth of attacking talent.

Messi joins former colleague Neymar as he prepares to form a startling front three with the Brazil forward and France star Kylian Mbappe.