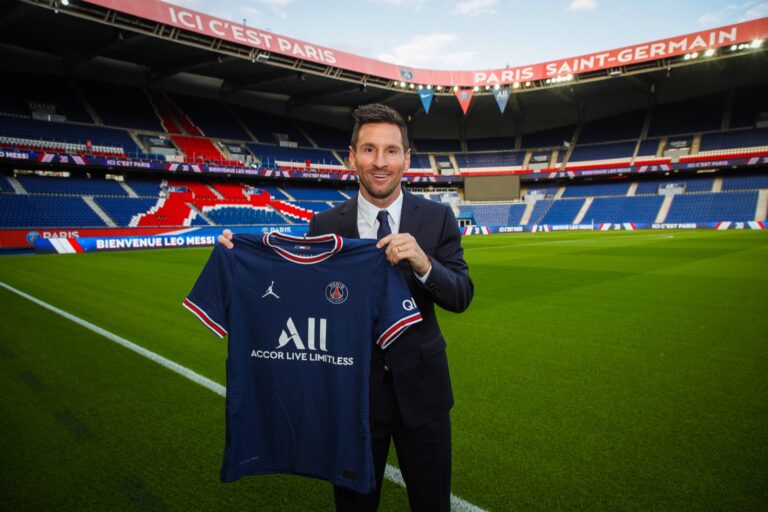 Naija News reports that the Paris-based club signed the former Barcelona star on a two-year contract with an option of a third year.

Speaking to the club’s website on Tuesday, Messi said he was excited to begin a new chapter of his career at the French club.

The forward asserted that he was thrilled by the quality players in the French club, adding that the club’s style matches his ambition.

“I am excited to begin a new chapter of my career at Paris Saint-Germain. Everything about the club matches my football ambitions. I know how talented the squad and the coaching staff are here.

“I am determined to help build something special for the club and the fans, and I am looking forward to stepping out onto the pitch at the Parc des Princes,” he said.

PSG secured Messi’s signature after the forward had failed to agree to fresh terms with Barcelona, who are enduring financial difficulties amid complications with LaLiga.

The 34-year-old moves to the Parc des Princes having scored 672 times in 778 appearances for his former club and further PSG’s already remarkable depth of attacking talent.

Messi joins former colleague Neymar as he prepares to form a startling front three with the Brazilian and France star Kylian Mbappe.