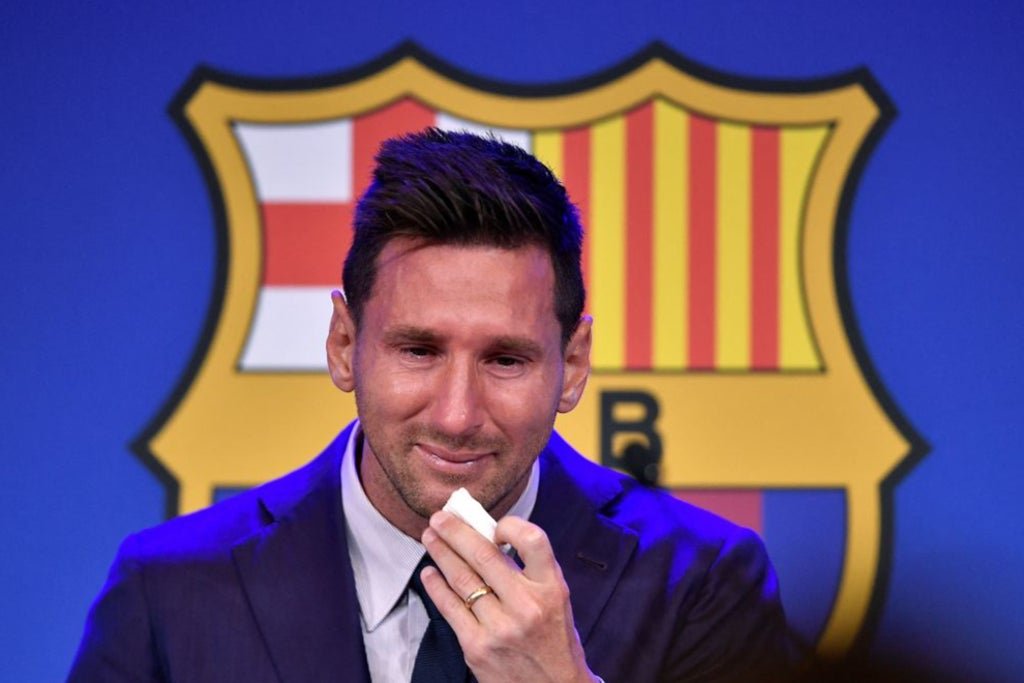 Six time Ballon d’Or winner Lionel Messi has stated that it would be strange to play against former club, FC Barcelona, in the UEFA Champions League.

Naija News reports that the 2021 ballon d’Or favourite official completed his move to PSG on Tuesday.

Speaking at his unveiling press conference on Wednesday, the Argentine captain described the Catalan based club as his home.

He said, “Of course, it was very complicated with leaving Barcelona without knowing where I was going to go.

“Barcelona has been my home, I have been there since I was a kid.

“They knew I was going to join a strong team that will be aiming to win the Champions League.

“I want to have important goals, I know that mine and PSG’s goals are the same and we want to be bigger and bigger.

“I don’t know if Barca and PSG will maybe face each other in the Champions League, it would be nice to maybe go back to Barcelona, and with fans in the stadium because of the pandemic.

“It would be very strange to play at home there but it could happen and we’ll see.”

Recall that PSG had reportedly listed more than 150,000 Messi shirts for sale on their website at 10pm UK time.