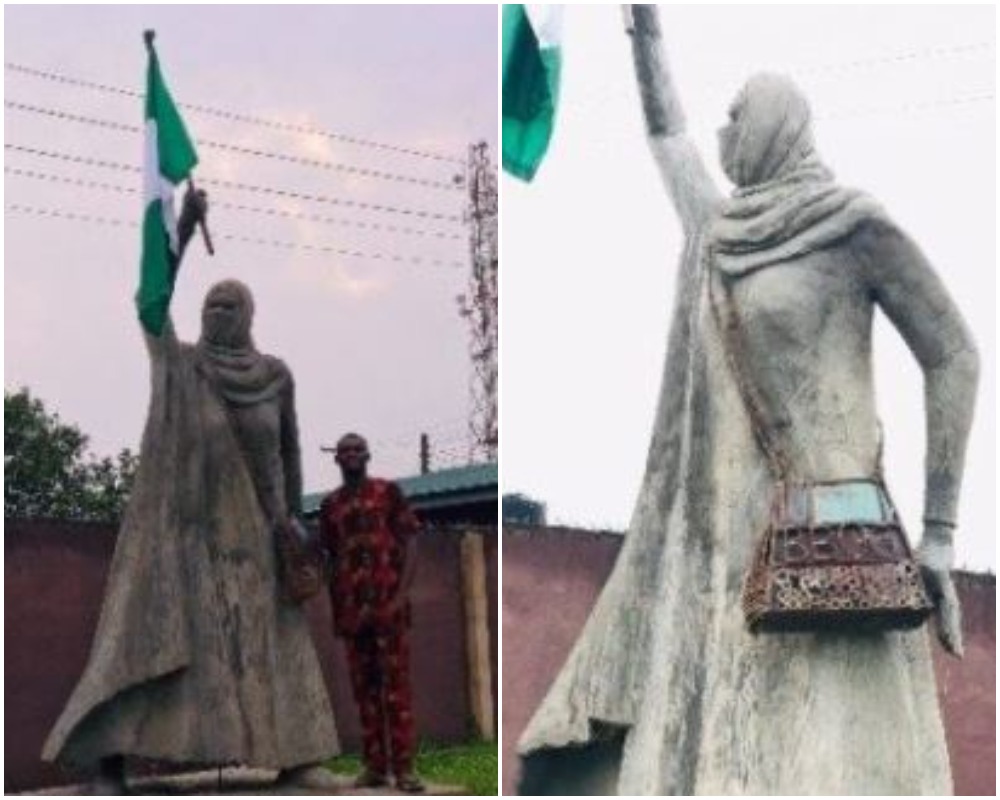 Nigerians on social media have reacted to a statue of popular activist and co-convener of Bring Back Our Girls movement (BBOG), Aisha Yesufu.

This comes after Emmanuel Omoregie, an undergraduate of the University of Benin, took to the microblogging platform, Twitter to share photos of the statue which he made.

According to Omoregie via a tweet, the statue was part of the requirements for the award of bachelor of arts in fine and applied arts.

He said he made the sculpture in Yesufu’s form to appreciate her roles towards contemporary activism in Nigeria.

“I thank the Lord, for this. I am Omoregie Emmanuel. As part of the requirements for the award of B.A Fine and Applied Arts, I made a stylised figure of Aisha Yesufu to appreciate her roles towards contemporary activism in Nigeria,” he captioned the photos.

Naija News recalls the iconic role, Aisha Yesufu played in the #EndSARS protest of October 2020. Youths from all over the country had stormed the streets demanding an end to police brutality and bad governance. Their protest led to the disbanding of the Special Anti-Robbery Squad.

The epicentre of the protest was at the Lekki toll gate in Lagos.

The photos were greeted with reactions from social media users who requested the sculpture to be placed at the Lekki toll gate, the infamous site where unarmed and harmless protesters were killed by the Nigerian army. 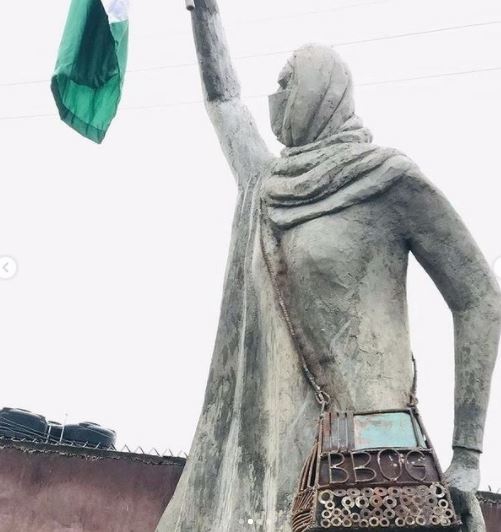 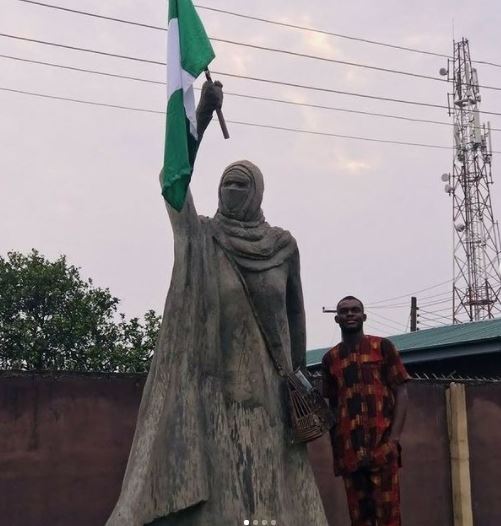 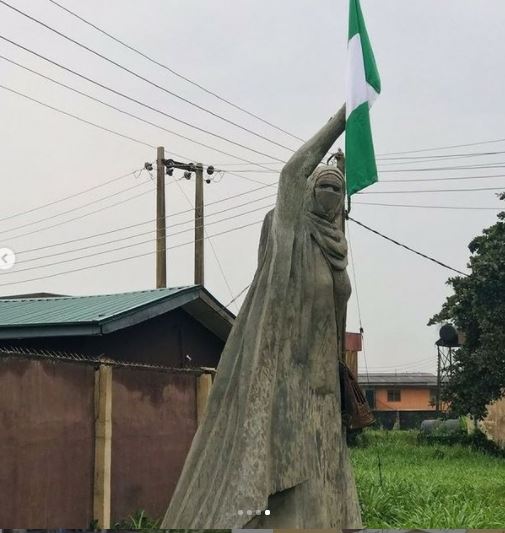 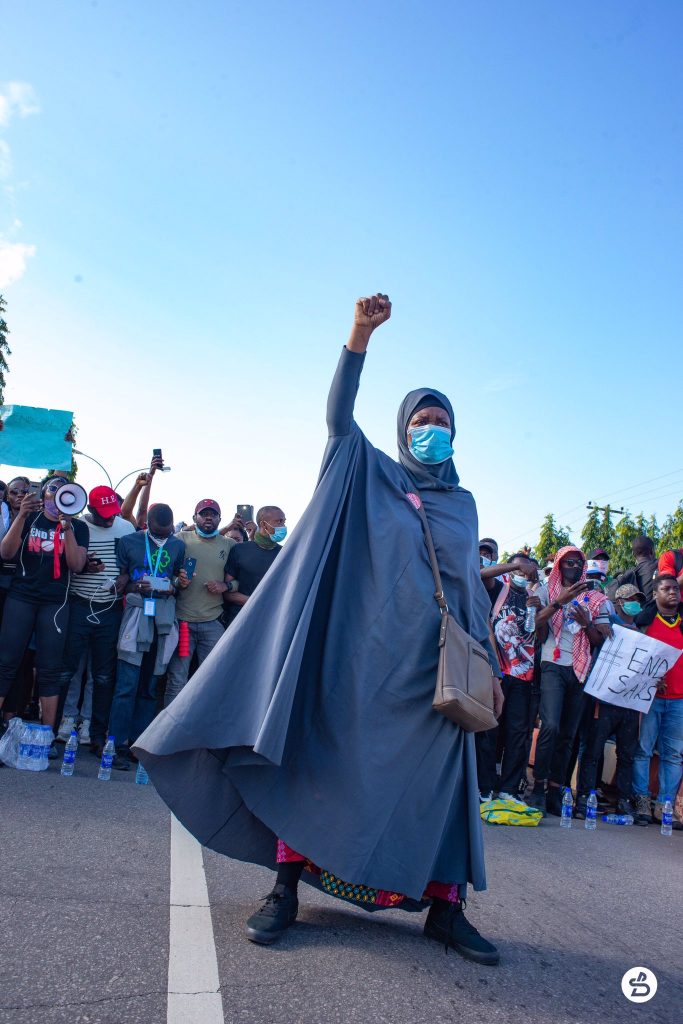 @bode.masbinter wrote; ‘Show me a woman who is full of ZEALOUSness n AGILITY n I’ll show u AISHA YESUFU d QUEEN AMINA of our TIME.’

@sisi__ayor wrote; ‘He should take it to Lekki toll gate, or ask rock….. That is our statue of liberty.’

@kadiayena wrote; ‘Great work. I won’t be surprised, the government will put an eye on him and try to go after him. E no dey hard this administration to do that kind thing.’

@ese_ella17 wrote; ‘I walked past this sculpture today, so proud of my campus. The art pieces are magnificent’

@closetfigure wrote; ‘Beautiful and yet emotional’