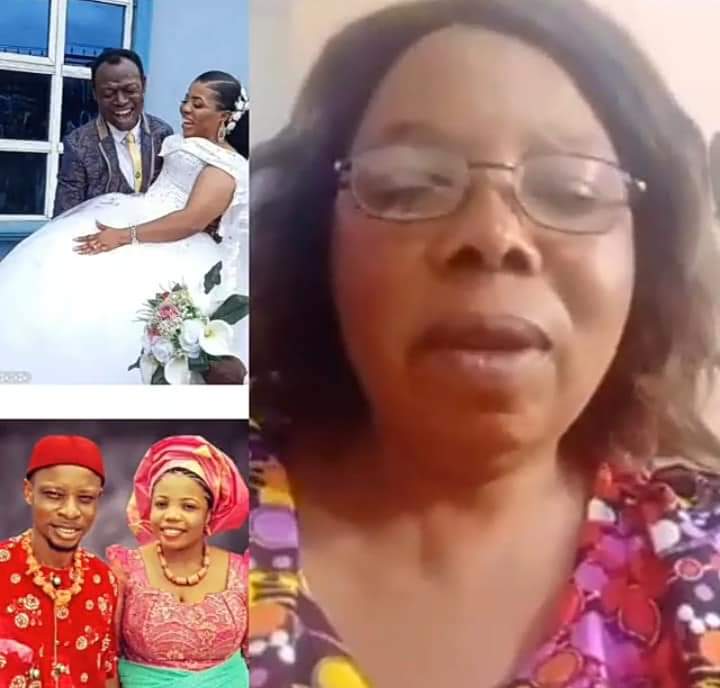 Christiana Everest, the mother of Tina Adeeyo, the woman accused of dumping her husband to marry the General Overseer of World Bank Assembly, Pastor Moses Adeoye has reacted to her daughter’s recent marriage.

Recall that Tina’s first husband, Ben Bright had accused the cleric of snatching his wife and his kids in a post on Facebook.

Tina, however, denied the allegation, claiming that her husband had never given her money for her upkeep and that of the kids.

She also accused her former husband of assaulting her while she was with him.

Meanwhile, the mother of the accused woman has noted that Ben didn’t pay the bride price when he married her daughter 12 years ago, despite doing the traditional marriage and church wedding.

The woman in a video spotted online also noted that the issue in their marriage started two weeks after tying the knot.

She claimed that Bright accused her daughter of being a thief for picking money in his pocket to buy soap.

She added, “When Bright came to my house to ask for my daughter’s hand in marriage, I saw him as a son and asked if he was a Christian. I took him to the village, according to the tradition. He gave everyone their rights, both men and women, except the bride’s parents. When they told him to come and see us, he said that he’ll see us later.”