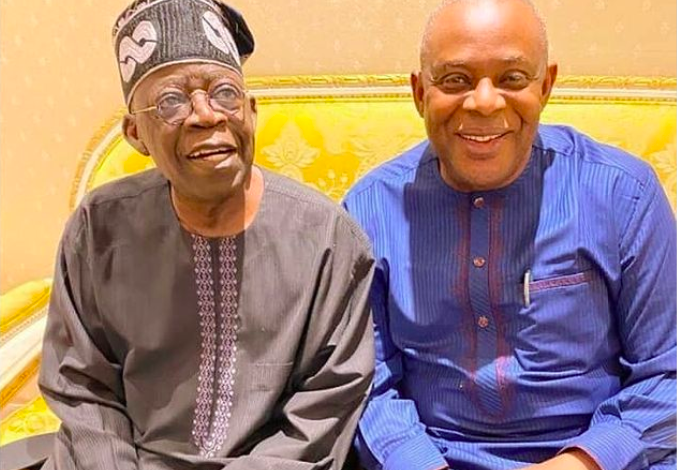 The National Leader of the All Progressives Congress, Bola Tinubu, on Wednesday met the lawmaker representing Ikeja Federal Constituency, James Faleke in London.

Ovation Publisher, Dele Momodu, who disclosed the development noted that the former governor of Lagos State was in high spirits when he met with Faleke. 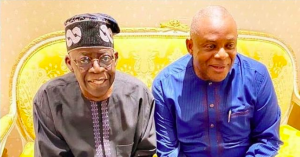 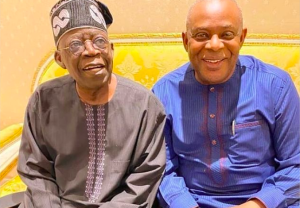