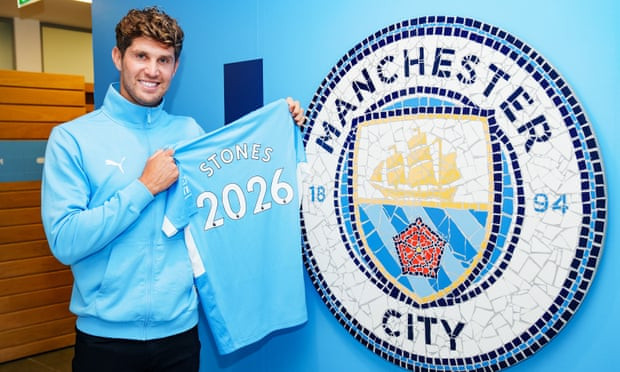 Naija News reports that the 27-year-old player on Wednesday penned his signature to a five-year deal at City, to remain at the club until 2026.

Stones had joined City from Everton in 2016 for £47.5m and has gone on to win three Premier Leagues, two League Cups, and one FA Cup with the top English club.

The England Centre-back was an integral part of the City squad as they reclaimed the league title last season, while his form earned him a recall to the England set-up. The middle-aged player was started at every match as England reached the Euro 2020 final.

Speaking after renewing his contract, Stones said: “I couldn’t be happier,” Stones said. “I love being part of this squad. There are so many quality players here and I know we can continue winning trophies, which is my main focus.

“The success we’ve had in the last four years has been incredible. To be a part of it has been a dream come true and I just want to continue winning.

“This is the best place for me to play my football and fulfil my ambitions.“