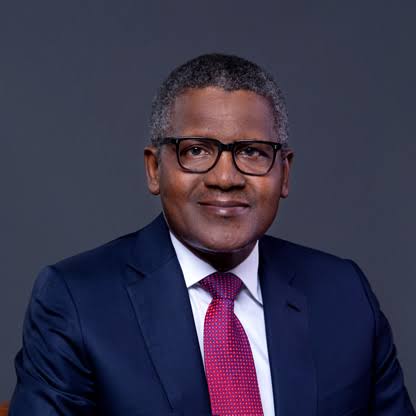 Despite the COVID-19 pandemic that crippled many businesses in the country, the wealth of Africa’s richest man, Aliko Dangote, has increased by $3bn.

Naija News reports that the astronomical increase in Alhaji Dangote’s wealth from $14.8bn in 2020 to $17.8 billion put him on the latest Bloomberg Billionaires’ list.

Dangote’s wealth is said to have come from a closely-held conglomerate named after him, which he controls.

Beside him, in the whole of Africa, only three South Africans: Johann Rupert and family, worth $10.1 billion; Nicky Oppenheimer with a worth of $7.80 billion and Natie Kirsh, who is reputed to be worth $7.15 billion, and one Egyptian, Nassef Sawiris who is worth $6.93 billion also made the list. Ellon Musk and Jeff Bezos are the richest in the world with $194 billion in their respective kitty while Bernard Arnault and Bill Gates followed respectively with $174 billion and $148 billion. Mark Zuckerberg was the fifth richest with $135 billion on the world’s billionaires’ chart.

The Bloomberg Billionaires Index is a daily ranking of the world’s richest people. In calculating net worth, the media outlet measures one’s personal wealth based on changes in markets, the economy and Bloomberg reporting.

Each net worth figure is updated every business day after the close of trading in the New York Stock Exchange.

However,  stakes in publicly traded companies are valued using the share’s most recent closing price. Valuations are converted to U.S. dollars at current exchange rates.