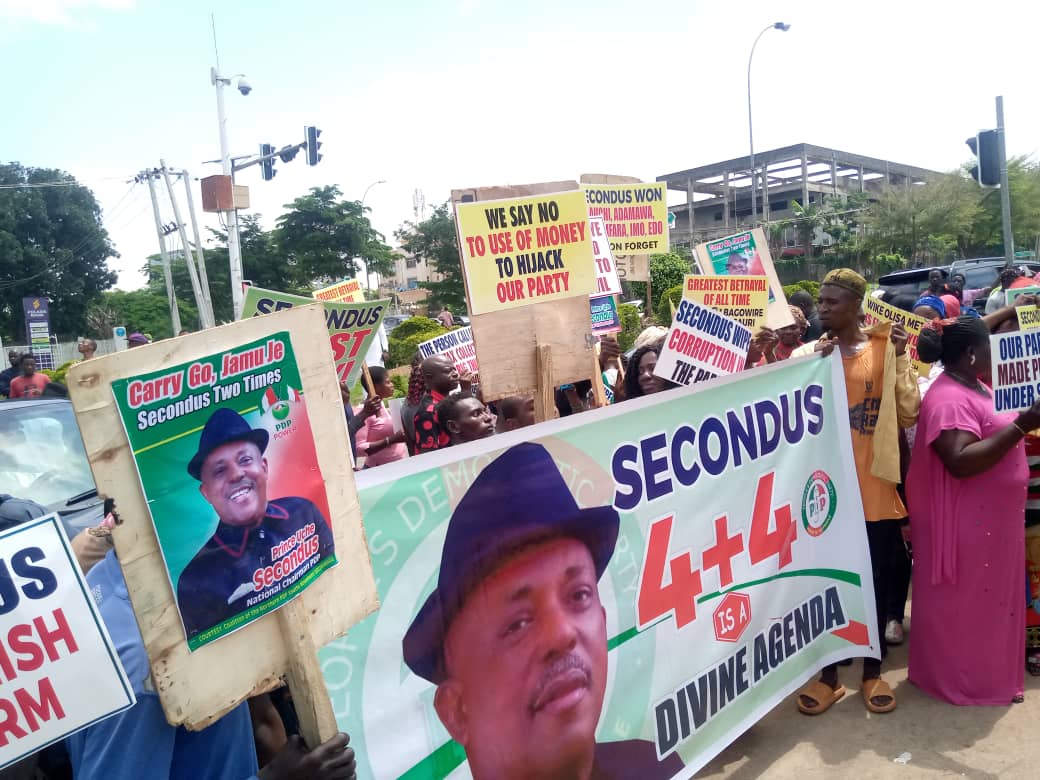 Protesters, who are supporters of the embattled National Chairman of the Peoples Democratic Party, PDP, Prince Uche Secondus, have staged a counter-protest at the national Secretariat of the party.

This is despite the appeal by stakeholders for restraint and calm over the crisis rocking the national leadership of the party. Only yesterday, some youth had staged a protest at the Wadata Plaza, demanding the resignation of Secondus.
Naija News reports that the protesters stormed the Secretariat located at Plot 1970 Michael Okpara Street, Wadata Plaza, Wuse Zone 5, Abuja, on Tuesday around 1:30pm
The protesters berated those agitating for the removal of the national chairman for being too critical of the Secondus-led National Working Committee and National Executive Council.

They also accused the anti-Secondus group of supporting the ruling All Progressives Congress, APC, and presenting the PDP in a bad light before Nigerians instead of commending the party’s leadership for winning more States for the party in the 2019 general elections.