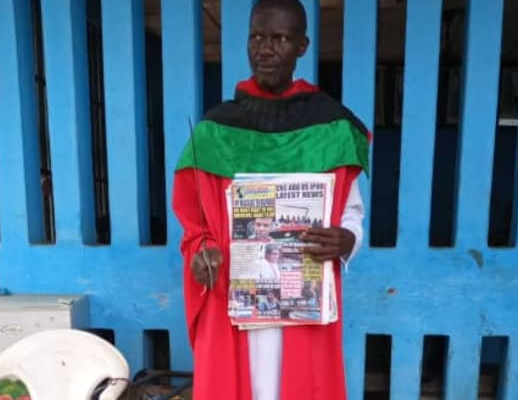 The Imo Police Command has arrested a suspected Chief Priest of the outlawed Indigenous People of Biafra (IPOB).

According to the state Police Public Relations Officer, CSP Mike Abattam, said the suspect, Ikechukeu Umaefulem, was arrested at his shrine in Orlu in Ikeduru Local Government Area of the state.

Abattam said one pump action gun and five rounds of ammunition, including explosives, knockouts, Biafran flag and other spiritual items were recovered from him.

He said the arrest was a sequel to the raids on the proscribed Eastern Security Network (ESN) camps and the successful neutralisation and decimation of the terror group in the state.

The statement read, “One of the suspect’s revealed that they now patronises spiritual homes for attacking police stations and led the ever-active Imo Command’s tactical teams to the home of one Ikechukeu Umaefulem, the Chief Priest and Spiritual leader of Life Sabbath Synagogue Amii, Akabo in Ikeduru LGA, Imo State, where he was arrested.

“When his spiritual home and premises were searched, the following items were recovered, they are, One pump action gun with five rounds of live cartridges, One Improvised Explosives Device, Knockouts, Gun Powder, Biafran Flag and other spiritual items.

“In like manner, it would be recalled that on 25/7/2021, at about 1920 hours, IPOB/ESN terror groups killed their juju priest, one Paschal Okeke of Umudim Ukwu Orji Awomama in Oru East LGA of Imo State. They excised the head, burned the body and his house for the futile efficacy of the charms he had given the group over time and the colossal failure of the charms to protect them from police bullets.

“Meanwhile, the arrested spiritualist is in custody, undergoing interrogation and is assisting the police tremendously with information that will lead to the discovery of the remnants of their camps and arrest of other members of the group in hiding.

“Machinery have been put in motion and very soon the command will start harvesting the remnants of the terror groups in the state.

“The Commissioner of Police, Imo State Command, CP Abutu Yaro, fdc, commended the officers and men for their proactiveness and urged them not to relent until the terror groups are completely neutralised in the state. In the same vein, assured Imolites of the command’s commitment in ensuring that the already achieved peace will be sustained and improved upon in the state.” 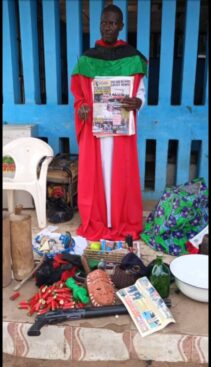 He told DailyPost that #BBNaija is affecting families across the nation.

According to him, Nigerian youths have lost the sense of societal values and norms and the reality show won’t help.

He said, ”With the high rate of lack of moral values among teenagers in Nigeria, BBNaija is a social monster that has come to ruin the lives of Nigerian youths, mostly the teenagers who are easily carried away by social trends.