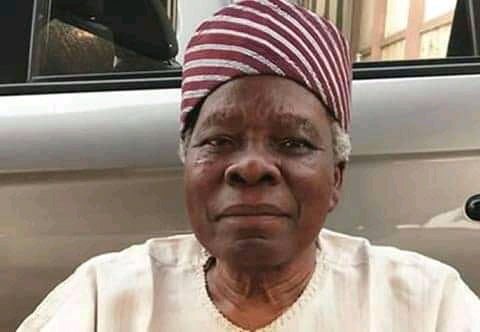 The Leader of Ilana Omo Oodua, Prof. Banji Akintoye, said the agitation for the actualization of the Yoruba Nation will continue to wax stronger than ever.

According to him, the agitation has been peaceful across South-West states and that the agitators will not be cowed by the reported plots by the Federal Government to arrest him.

Naija News reports that Akintola urged the people of the region to keep their hope alive, noting that he had done nothing wrong to warrant being arrested.

Earlier, the professor of history had claimed that he relocated from Nigeria to the Benin Republic to secure the release of a Yoruba Nation activist, Sunday Adeyemo, popularly referred to as Sunday Igboho.

In a statement made available to reporters on Tuesday, Akintoye denied merging with another body to actualise the Yoruba Nation.

“We have not merged with any group nor change our name, and we do not have the intention of doing so.

“Our mission and vision are so clear: We want an Independent Yoruba Nation from Nigeria that will be accomplished through our uncompromised and sustained peaceful agitation.

“Nevertheless, IOO is not aversed to the formation of other Yoruba Self-Determination Groups and shall do everything within its power to encourage such.

“Ilana Omo Oodua shall keep getting stronger, and continue to accept all like-minds into its fold for the benefit and liberation of our people.

“We urge you all to keep hope alive.”