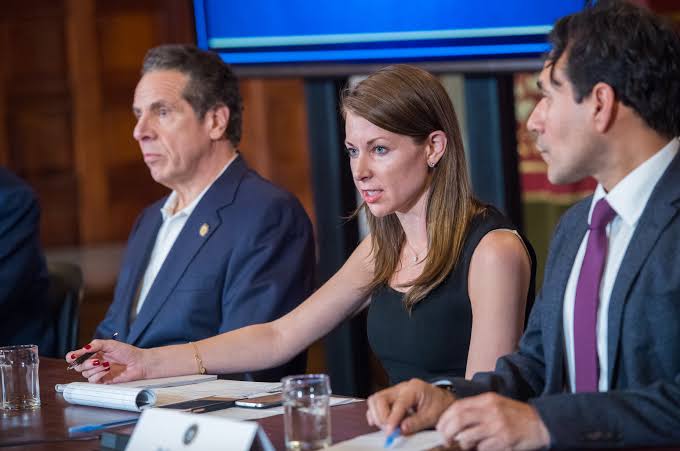 Naija News reports that her resignation is coming after her name was mentioned 187 times in the 168-page investigation report carried out on the alleged sexual assault against her principal.

DeRosa was accused of efforts to cover up the governor’s actions and retaliating against one of his accusers.

In the face of the mounting allegation, the secretary, on Sunday, August 8, announced her resignation, saying that working for the people of New York “has been the greatest honour of my life”.

A report last week had claimed Mr Cuomo had sexually harassed 11 women. The governor though has denied the accusations and has vowed to stay in office.

However, with the Democratic Party, Senate leader Chuck Schumer, House Speaker Nancy Pelosi and even president Joe Biden asking Governor Cuomo to resign, he is set to face impeachment by the New York House of Reps.

The report by the state’s Attorney General, Letitia James found that Cuomo had sexually harassed multiple women and violated state and federal laws.

Naija News learnt that Investigators spent five months speaking to nearly 200 people, including staff members and some of those who made complaints against him. Tens of thousands of documents, texts and pictures were reviewed as part of the inquiry.

DeRosa however did not address the allegation in her Sunday resignation statement, Naija News observed.

“Personally, the past two years have been emotionally and mentally trying. I am forever grateful for the opportunity to have worked with such talented colleagues on behalf of our state,” she said.