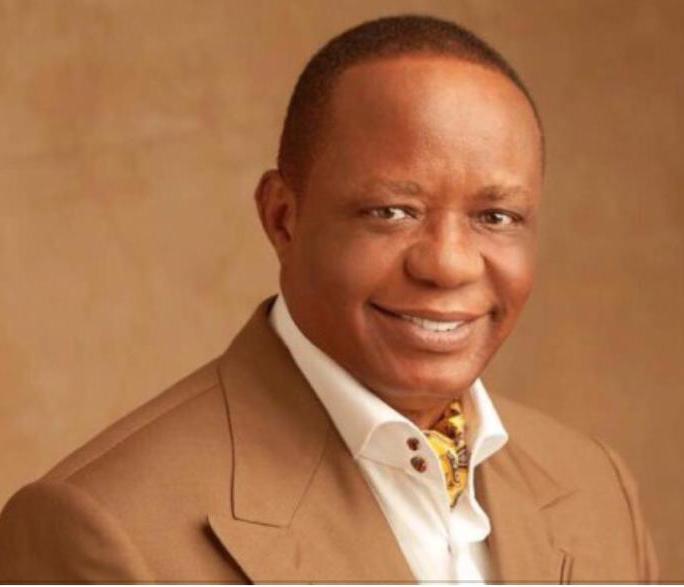 The billionaire, 63, died at the early hours of today Sunday after a long battle with cancer.

He served as either chairman or director on numerous company boards in Nigeria, spanning multiple business sectors such as the agro-allied, petroleum, telecommunications, power, real estate and banking industries.

Okunbo is a native of Edo State in the southern part of Nigeria.

He was born in Benin City to the family of Reverend Robert Amos Okunbo, a clergyman, teacher and community leader.

He proceeded to Federal Government College, Warri, in 1971, where he sat for West African Senior School Certificate Examination.

Okunbo was a native speaker of the Edo language, and a fluent speaker of English.

He pursued a desire to become a pilot by studying at the Nigerian Civil Aviation Training Centre, Zaria, Kaduna State, and became a professional commercial pilot at the age of 21.

He also attended ACME School of Aeronautics, Fort Worth Texas in 1983, where he obtained an Airline Transport Pilot License.

He established Hoslyn Ventures Limited, a company focused on procurement in the Oil and Gas sector and, since then, his business interests have grown in leaps and bounds.

He is also the Chairman of the following companies

…and a Director of the following companies:

In 1997, as part of his contribution to Nigeria’s electoral process, Capt. Okunbo was the leader of a business team that nurtured the idea that led to the introduction of transparent ballot boxes for use in Nigeria’s elections.

He also participated in numerous national and international fora as a resource person and has been honoured by different organisations and institutions.

In 2007, this distinguished gentleman was honoured with the Justice of the Peace (JP) in recognition of his astounding contributions to the promotion of peace and good governance as well as development of his constituency.

An Honorary Doctorate Degree was conferred upon him by the prestigious University of Benin for his contribution and benevolence to humanity as well as his achievements as an entrepreneur.

Captain Hosa is survived by wife, Nosa Okunbo, and children.