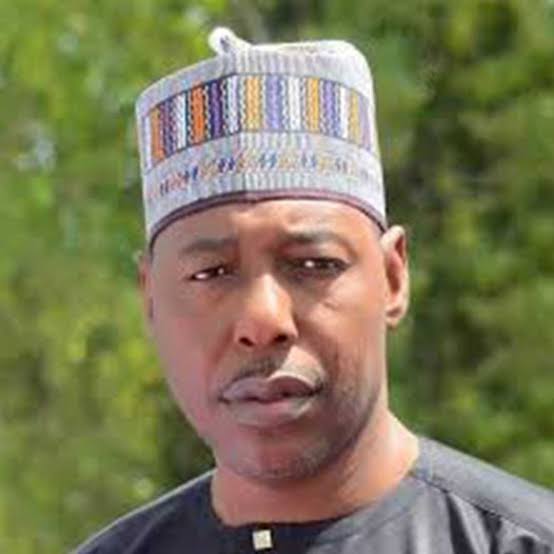 The Middle-Belt Forum on Sunday condemned the demolition of a worship centre belonging to Ekilisiya Yan’uwa a Najeriya a.k.a. Church of the Brethren in Nigeria situated in Borno State.

Recall that officials of Borno Geographic Information Services (BGIS) embarked on the ill-fated demolition exercise of the church property which claimed one life and left five others critically injured in Maiduguri, the state capital, last Friday.

Naija News reports that Dr. Isuwa Dogo, the National Publicity Secretary of MBF, said the incident must be investigated thoroughly.

He said, in a statement issued to journalists in Abuja, that the attack was another attempt by the enemies of the people to scuttle any prospect of peace along religious lines in the State.

The statement reads, ”The attention of the Middle Belt Forum, MBF, has been drawn to the unjustifiable killing of a Nigerian citizen, Ezekiel Bitrus, over the fracas arising from the demolition of a church on Thursday in Maiduguri, the Borno State capital, by men of the Borno Geographical Information System, BOGIS.

”The demolition of the worship centre of the ‘Ekilisiya Yan’uwa a Nigeria’ popularly known as  ‘The Brethren in Nigeria’, EYN, has become the fourth church to be destroyed under the administration of Governor Babagana Umara Zulum.

”The Forum is shocked that the demolition of the Church was done without recourse to due process. That the demolition instantly caused outrage that led to the killing of a citizen by the security operatives demonstrates the arrogance of some of our security personnel in violating the rights of citizens to peaceful protest.

”As the umbrella organisation for all ethnic nationalities in the Middle Belt, the Forum  is concerned with growing religious intolerance that seems to have the support of some bad elements in the corridor of power.

”We deplore such an attitude and call on the Borno State Government to checkmate those determined to foster a culture of religious discrimination.

“The Forum welcomes the timely intervention of the state government in staving off further reaction on the matter.

”We call on the state government to stop forthwith all overt and covert attempts to deny Nigerians the right to freedom of religion and end further destruction of worship centres without recourse to due process.

”The Borno State Government should call BOGIS to order to forestall a recurrence of unjust demolition of churches. Demolishing worship centres without following the due process is an inexcusable act of illegality. Killing a citizen in the process of carrying out such an act of illegality is a tragedy of a monumental proportion.

”As enshrined in the nation’s constitution, Nigerians have religious freedoms, including the right to build and assemble in worship centres. When this right is violated and worship centres pulled down with no prior notice, then, such rights are deemed to suffer from assaults.

”We are aware that the demolition of the EYN Church is the fourth since the emergence of Governor Zulum in 2015. If nothing is done to stop this trend, the prospects of peace along religious inclinations may suffer irretrievably.

”We call on the governor to rein in the illegal activities of BOGIS whose activities are creating widening gulf and threatening peaceful co-existence of citizens.

”We call on Governor Zulum to stick to his promise of investigating the unfortunate incident with a view to bring culprits to book. The Forum also calls on the state governor to checkmate any agency of government and stop further assault on the rights of Nigeria to religious freedom.

”Victims of these demolition exercises should show restraint and ensure they channel their grievances to the appropriate authorities for redress.

”Those who demolished the EYN Church should be fished out and brought to justice. Governor Zulum should honour his promise to dispassionately look into the issue in order to compensate victims and redress the circumstances that led to the destruction of the EYN Church.”