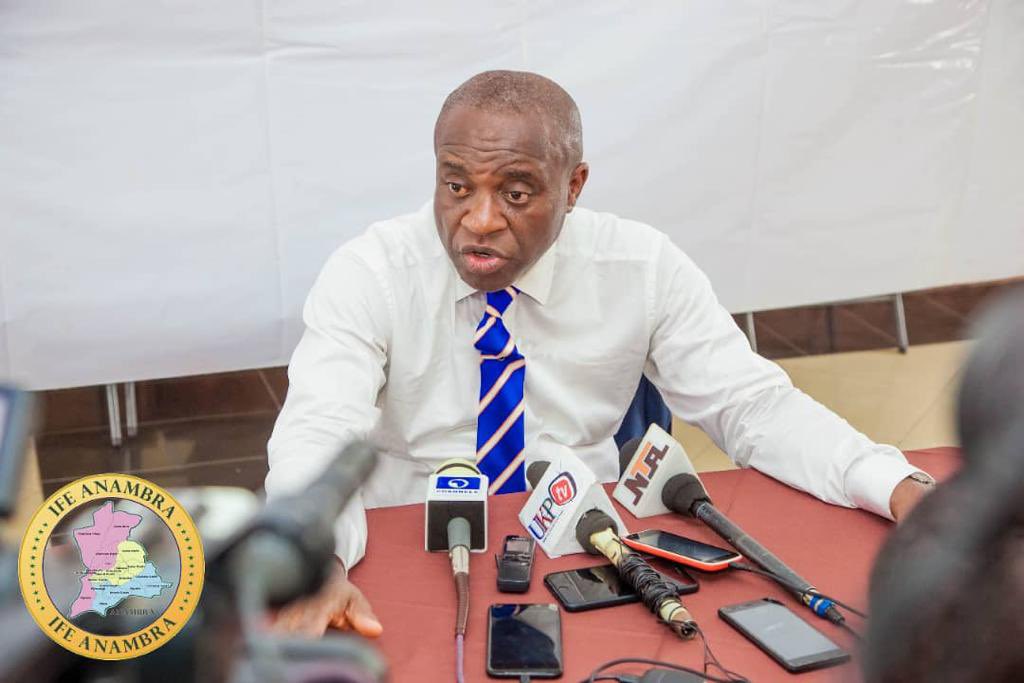 A former governorship aspirant of the All Progressives Congress (APC), Ben Etiaba, has emerged as the flagbearer of the Action Alliance (AA) ahead of the November 6 governorship election.

Naija News reports that Etiaba dumped the APC after the controversial primary election that saw Andy Uba emerge as the flagbearer of the party.

Speaking at a news conference on Saturday in Abuja, Etiaba said he is sure of winning the forthcoming governorship election without a godfather.

He noted that he has been set free from godfathers, adding that he does not want to have anyone breathing down his neck.

Etiaba, who unveiled Regina Uchebo as his deputy governorship candidate, said if elected, he will judiciously use security votes allocated to the state.

He, however, appreciated his mother, a former deputy governor of Anambra state, Virginia Etiaba, for supporting him since he declared his intention to run for the number seat in the state.

Etiaba said: “My mother is actually my spiritual backbone, she prays for me, right from day one of this process until today.

“Of course every mother wants the best for the son, obviously, hers is not different.

“She is a Christian and her prayer is that God’s will aligns with hers, which is for her son to occupy whatever position he wants in life.

“She is absolutely not my political godmother or father, she is my biological mother.

“I prayed to God that I want a female running mate, if I had a godfather, he may say no, that he has someone in mind for me to run with, so am free.

“Thank God I’m liberated from all of that and I don’t have anybody breathing down my neck, so am free, if am elected as next governor of the state.”