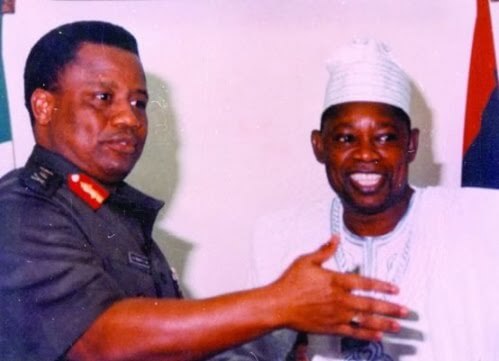 Naija News reports that IBB had in an interview on Arise TV on Friday said he annulled the June 1993 presidential election to prevent a violent coup d’etat.

He had said: “If it materialized (If the election had gone through), there would have been a coup d’etat which could have been violent. That’s all I can confirm.

“It didn’t happen, thank God for the Maradonic way we handled you guys in the society.”

Reacting, Secretary-General of Afenifere, Sola Ebiseni, described the excuse given by the former military president as an insult to the intelligence of Nigerians.

He added that Babangida has lost the opportunity to be the hero of democracy and father of a new Nigeria when he annulled the election.

Ebiseni also described Babangida’s comment as “a sour taste in the mouth, noting that Nigerians are not interested in his unreasonable excuse.

He said: “Babangida has not said a new thing worthy of any reaction in respect of his treasonable acts of the annulment of the adjudged freest and fairest election in the country’s political history.”

“Nigerians are not interested in any excuse being given by IBB. It is even most preposterous that IBB will only now be insulting the intelligence of Nigerians that he annulled their mandate to forestall a violent coup, which, by reasonable inference, he was aware of.

“He lost the opportunity of being the hero of democracy and father of a new Nigeria, an eternal regret that no whitewashing on television can redeem.”

The pan-Yoruba group also accused the Muhammadu Buhari administration of making saints of previous administrations in every aspect of governance.

It said the Buhari government has failed in the areas of its promises to Nigerians on security, economy, and anti-corruption.

“It is no gainsaying the fact that the present administration has made saints of all previous administrations in every aspect of governance.”

According to the group, the Babangida administration cannot be accused of sectional and sectarian disposition which is the hallmark of the Buhari government.

100 Happy New Month Of December Messages, Wishes & Prayers For All