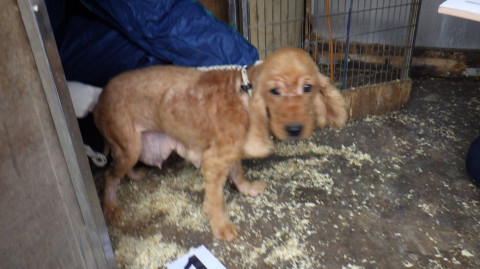 Thirteen members of a family in Ireland were on Thursday sentenced to a combined 18 years imprisonment for allegedly selling sick puppies to people.

The family ‘gang’ were accused of treating so badly the dogs by starving and keeping them in unhealthy cages, leading to the death of some of the puppies while they were been taken home by the buyers.

Naija News reports that the Cawley family who ran a puppy farming ring in Ireland are accused of tricking people into buying pets that they treated so badly, only for the new owners to face alarming veterinary bills and death of the puppies days later. Police found that the family had been keeping many of their puppies in dark, cold pens which smelt of urine a sign they had not been cleaned for a long time.

One of the dog pens according to reports, had nails sticking out and sharp metal mesh wires hanging down, authorities found. Animal protection and rights agency, RSPCA, believe the dogs in that pen tried to chew their way out of the horrible space because there were holes in the walls and the floor.

RSPCA say many of the poor animals had untreated health issues, including fur loss, ear infections and dental diseases. The gang was discovered after a joint investigation by the RSPCA, the local Trading Standards department and the police.

The RSPCA became suspicious after it received multiple complaints about puppies bought through the website, Pets4Homes around the Milton Keynes area in Buckinghamshire. 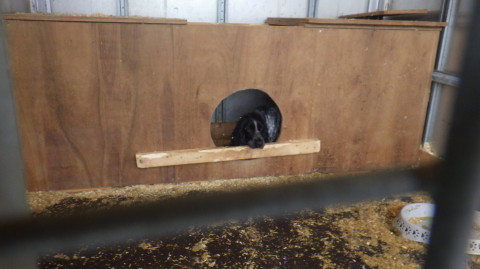 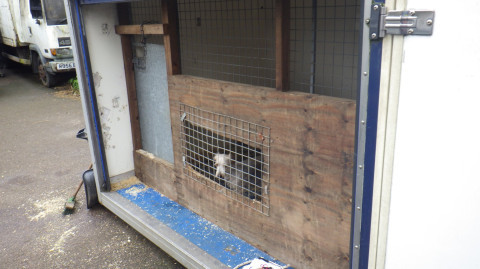 Although the puppies had arrived from different addresses, dozens of people were reporting similar concerns.

“The animals were falling sick soon after arriving at their new homes and families were discovering their new pets had undisclosed health conditions, with three puppies dying,” the report noted.

It added: “In other cases, people would buy puppies because they felt sorry for them living in horrible conditions on the Willen Road travellers site in Newport Pagnell.

Following their imprisonment on August 5 by Judge Francis Sheridan, their remaining 54 dogs were taken in by the RSPCA, and the criminals will spend the longest combined prison sentence related to the animal charity’s investigations ever seen – more than 18 years.

Joseph Cawley Junior, 18, escaped a prison sentence but was handed a community order and told to do 150 hours of unpaid work.