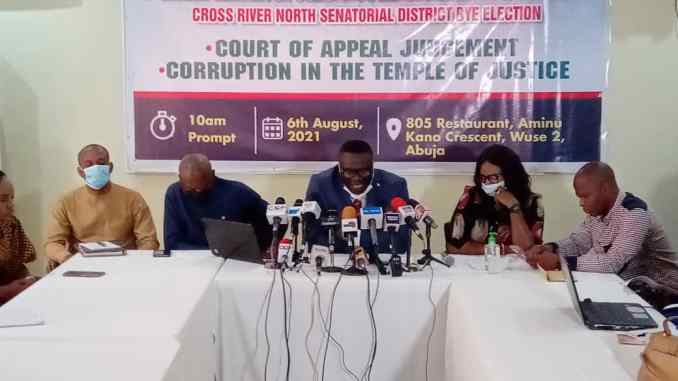 Naija News reports that the Executive Director of the group, Dr. Gabriel Nwambu, made the call while briefing journalists in Abuja, on Friday.

He claimed that the appellate court gave a wrong verdict in its decision which was affirmed Jarigbe as the winner of the by-election to produce a replacement for late Senator Rose Oko who died in March at a medical facility in the United Kingdom.Consequently, he urged the Attorney-General of the Federation, Abubakar Malami (SAN), and the leadership of the National Judicial Council to commence an investigation of alleged irregularities in the appeal court judgement.