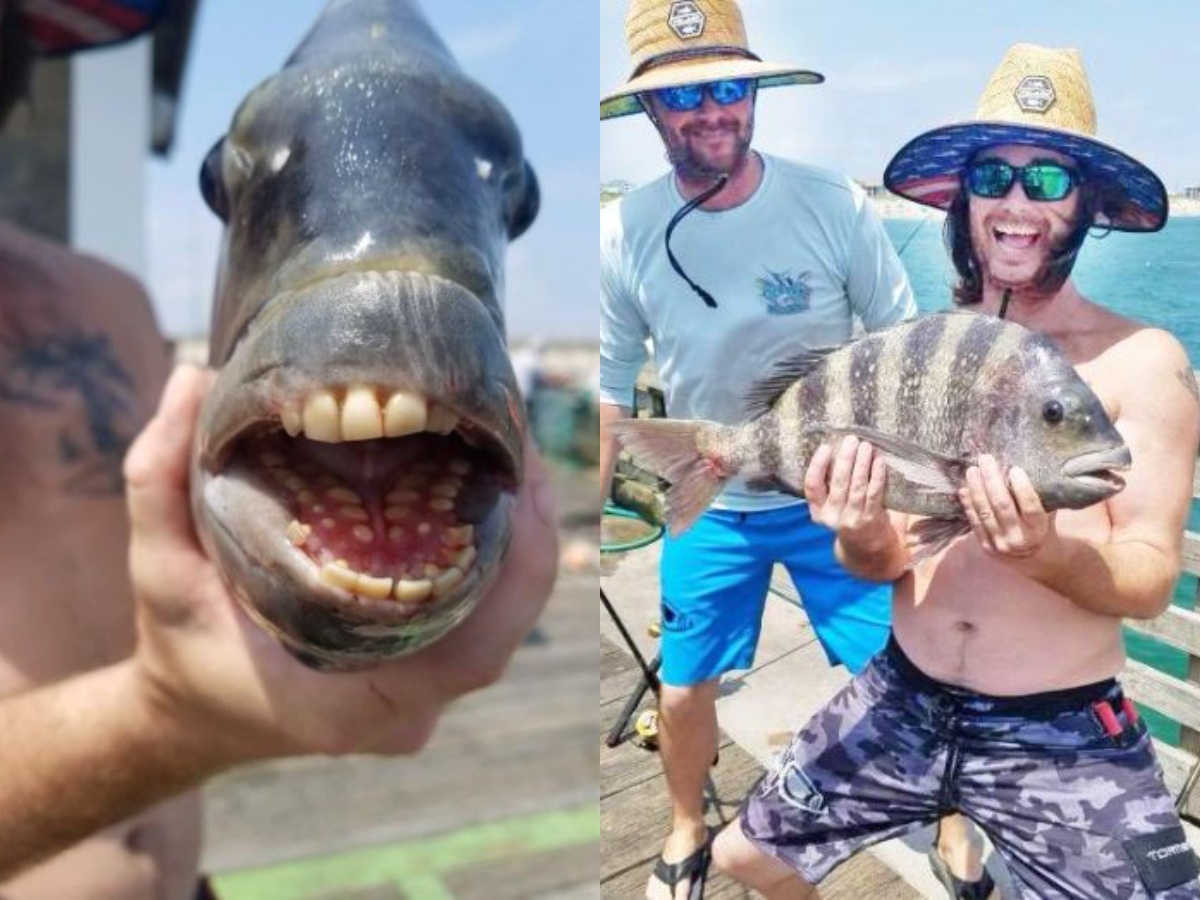 A fish caught by an angler off Jennette’s Pier, a popular fishing destination in Nag’s Head, North Carolina, has caused jitters on the internet after it was discovered with human-like teeth.

Naija News understands that the fish described as ‘Demon’ creature has in its mouth molars and two incisors teeth.

The rare creature caught in the United States has left beachgoers in fear with different imaginations. Pictures of the strange fish went viral and it was later identified as a sheepshead fish. Nathan Martin, the man who reeled the fish, said he had been hoping to catch a sheepshead fish but was shocked after coming face-to-face with a “mouth full of teeth”.

“It’s a very good fight when you’re fighting on the line, it’s a really good catch, and it tastes very good,” he told McClatchy News.