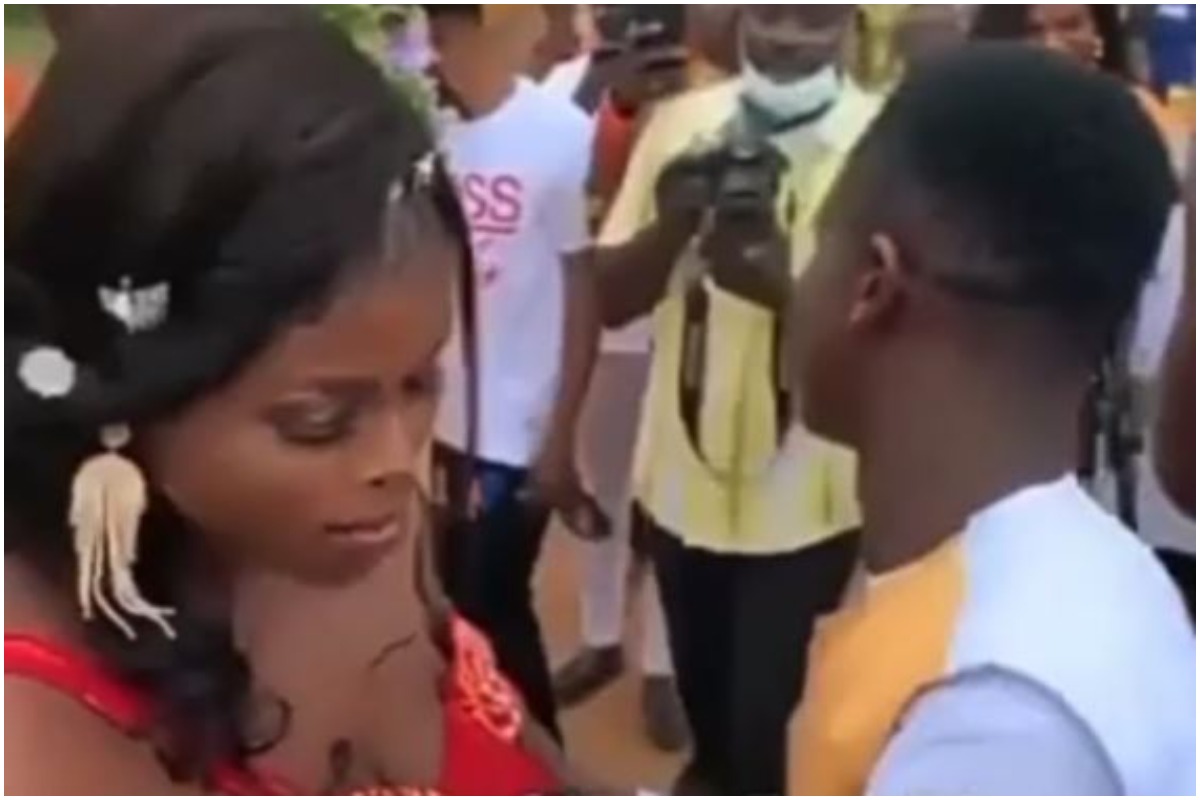 A  video showing the moment a wife-to-be (bride) avoided kissing the lips of her groom on their wedding day has surfaced on social media.

In the video that is currently causing a stir, the yet-to-be-identified bride could be seen shying away from kissing her husband in the presence of family and friends.

According to comments from different people, Naija News gathered that she has never kissed a man before, hence her shyness when it was time for the newly-wedded couple to kiss in public.

The video drew reactions from Nigerians, some of whom felt she is so naïve to be called a bride.

Here are some of the reactions below:

@yetundebakare wrote; ‘She dey disguise 😂 be like say dem force her or she don lie to another guy say she dey go best her friend.’

@sis.ekwutos wrote; This marriage won’t last. Chaiii God may I not beg for love in this life

@phinemandy wrote; Her ex dey there

@funnymrpeter wrote; ‘I don’t have issues with the bride , the DJ is the problem here ,why would he play such song.’