The Nigeria Customs Service (NCS) says it has arrested three persons over alleged illegal exportation of pangolin scales and elephant tusks worth N22.3 billion in Lagos.

The Comptroller-General of Customs, CGC Hameed Ali, disclosed this while addressing reporters on Wednesday.

According to him, the intercepted items were evacuated from Ijeoma street in Lekki, Lagos state, adding that three suspects in connection with the seizure have been arrested. “Already, three suspects who are non-nationals have been arrested. They are Mr Traore Djakonba, Mr Isiak Musa and Mr Mohammed Bereta. The kingpin, Mr Berete Morybinet, is on the run thinking he can evade the long arms of the law.

“Security agencies at all entry and exit points are on red alert to track and arrest him to face justice. He is, therefore, advised in his interest to surrender himself to the NCS,” he said. 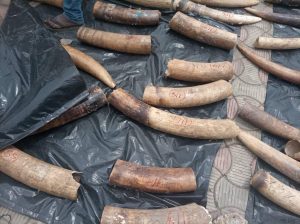 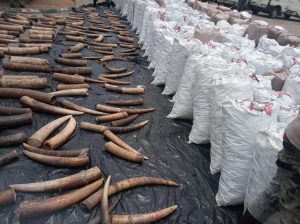