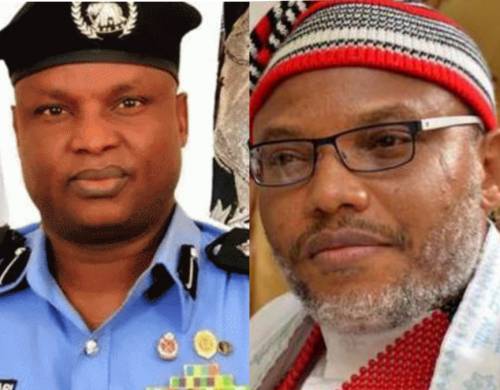 One of the counsels to the leader of the Indigenous People of Biafra, Nnamdi Kanu, Aloy Ejimakor, has condemned the Attorney General of the Federation and Minister of Justice, Abubakar Malami, for demanding due process in the extradition of Deputy Commissioner of Police, Abba Kyari and not following the same in Kanu’s case.

Ejimakor claimed that the office of the minister shunned legal procedures to extradite Kanu to Nigeria but insisted that the arrest warrant issued against Kyari by the United States Federal Bureau of Investigation would follow due process.

The lawyer made this claim during an interview with Punch while reacting to a statement by the spokesman of the minister, Umar Gwandu, who said though the FBI was yet to officially write the AGF Office seeking the transfer of Kyari, everything would be done in line with the rule of law.

Ejimakor said, “I do not want to compare apples with oranges but what I can say is the difficulty through which the US is seeking for the transfer of Abba Kyari to the US is illustrative of what Nigeria should have done in the case of Nnamdi Kanu. Kanu probably would have been transferred by Kenya if extradition proceedings were commenced against him.

“What America is accusing Abba Kyari to have committed is creditable under the Nigerian laws and the law of the United States because the offences relate to money laundering, bribery, corruption and all that.

“I am not arranging judgment over Abba Kyari whether he committed it or not but the lesson everybody needs to learn, whether anybody is playing the tribal card or not, is: why would somebody believes that Abba Kyari deserves due process and the same person turns around and jubilate after the unlawful transfer otherwise known as an extraordinary rendition of Mazi Nnamdi Kanu and also seeks to jubilate over the attempted unlawful transfer of (Sunday) Igboho from Bethe nin Republic?

“This type of thing goes to indicate the deep fault lines in Nigeria. Somebody from a part of the country thinks it is okay to grab someone from another country without due process and bring him to Nigeria to answer offences of political character but it is okay for another country to submit itself to seeking due process in the transfer of a citizen of Nigeria to the United States. It is a very deep contradiction.”