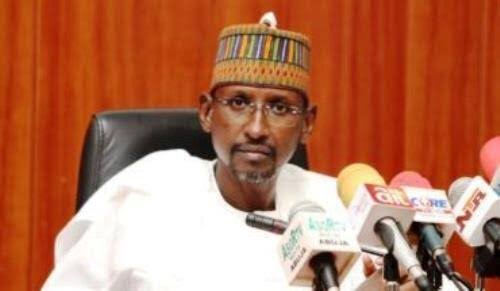 Scores of youth in the nation’s capital, on Wednesday, mounted a blockade on the ever-busy Abuja-Keffi highway to compel the Federal Capital Territory Administration to quickly evacuate the decomposing body of an unidentified man found under the popular Nyanya bridge.

NaijaNews reports that the youths formed a human blockade on the Nyanya stretch of the road; thereby obstructing the free flow of traffic for several hours.

The protesters, who wielded heavy tree branches, expressed frustration over the alleged non-chalance of the authorities to take responsibility for evacuating the decaying corpse from the area.

A male protester, who did not give his name, said “We will continue to stay on the road. This is the nation’s capital, where the authorities are expected to be more proactive with matters like this, considering the health and environmental hazards that can result from this situation. But nothing is happening here.

“So, we came out to appeal to the Government to do the needful. This corpse must be evacuated now.”

Meanwhile, some motorists accused some of the protesters of harassment.

Speaking to our correspondent, one of the drivers, Salamatu Garba, said “The protest is for our good, but some boys are using it as an opportunity to harass and intimidate drivers.”

Another driver, who did want his name mentioned, said, “Today, six youths almost broke my windscreen because I sort an alternative route. We don’t like that. But for the protest for government to evacuate the dead man’s body, we support that one. It is a good move.”

The angry youths resisted some security operatives who stormed the area to restore normalcy.

Meanwhile, the circumstances behind the death of the young man was not clear, but it was gathered that under the Nyanya bridge has been a den of criminal fueling speculation that the deceased may have been robbed before being killed.

After several hours of blockade, the corpse was later evacuated to Gudu cemetery for burial by officials of the Federal Capital Territory FCT Administration.

Shortly thereafter, the FCT Police Command Spokesperson, ASP Mariam Yusuf, said a discreet investigation has been launched to ascertain the circumstances under which the man died.