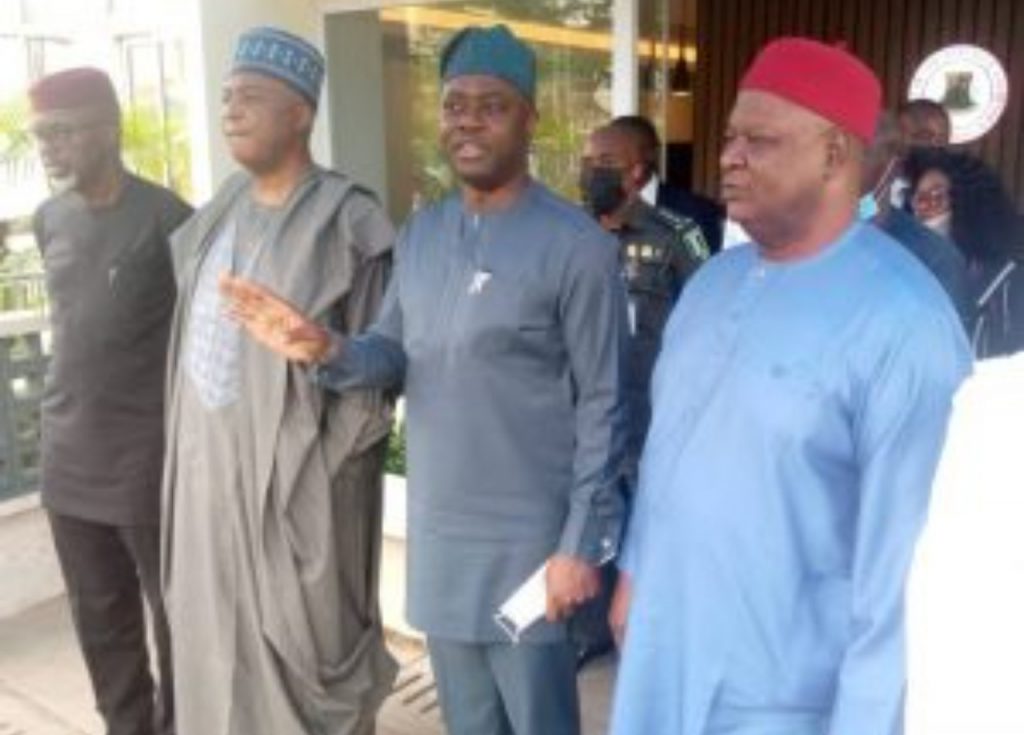 The closed-door meeting which lasted for more than 30 minutes, was held at the courtesy room of the Governor’s office.

The Oyo State Governor while speaking with newsmen after the meeting said they would be briefed at the end of the elaborate meeting scheduled to hold at the Government House later in the day.

It was gathered that the committee was in the state to meet with factional leaders of the party and how to solve the crisis affecting the party.

In a related development, elder statesman, Tanko Yakasai has declared that former Senate President Bukola Saraki is fully qualified to contest for the presidency in 2023.

He however warned that 2023 politics should not be used to destabilize Nigeria.

Yakasai spoke against the background of the recent invitation of Saraki by the Economic and Financial Crimes Commission (EFCC) which the agency said is related to allegations of corruption and money laundering.