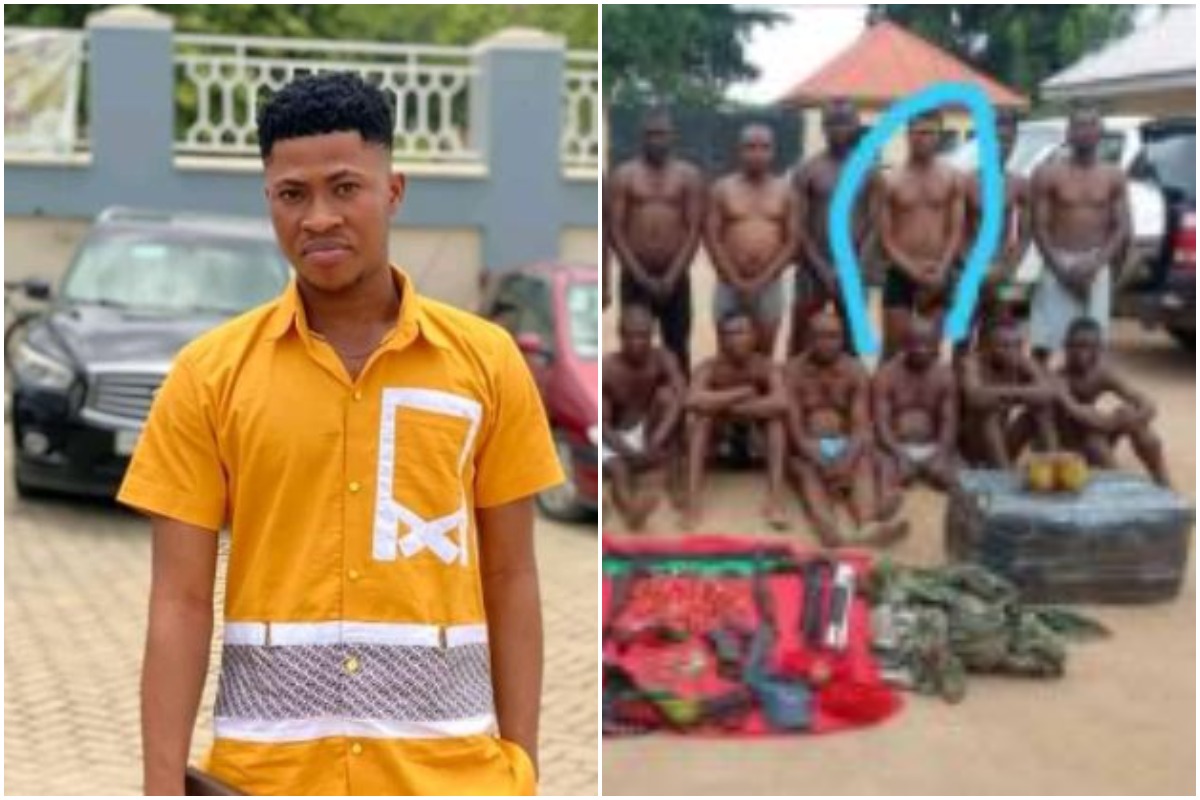 Displeased Nigerians have taken to social media to blast the Nigerian police For arresting a young man, Elvis Okafor and parading him as a member of Eastern Security Network, ESN.

Naija News earlier reported that Okafor who went to get food for his ailing mother was arrested alongside 25 others in the Orlu area during the weekend. The police had paraded them and described them as members of the Eastern Security Network (ESN).

The state Commissioner of Police, Abutu Yaro, had added that they were arrested in connection with terrorism and attacks on security agencies and private individuals where several stations were burnt down and police officers killed in numbers.

However his cousin who identified himself as Gideon Dominics accused the police of lack of professionalism.

He wrote; “This is my little cousin Elvis Okafor, have you seen how dramatic Nigeria is? A little boy that went to buy food stuff for his sick mom is now a member of IPOB? A boy that came back from church and had n’t eaten anything is now brandishing gun as ESN member,” he said. “Chineke para tile. You see the Nigerian magic? Is this how innocent people are being framed up on a daily?”

Here are some of the reactions below;

A Facebook user, @Uzor Ogan posted, “Until all Hope Uzodimmas, Abba Kyaris and their likes are removed from circulation, these things will continue to happen. I pray that these innocent boys get out of this unharmed.”

Another user, @Awurum Darlington wrote, “Tonwa Chibuzo are you seeing this? I have told you we need to leave hate and fight the enemies oooo. They are here to finish us. They plant the unknown gunmen and them come to our mothers’ wombs to arrest and criminalize us. Just look at a lot innocent people paraded while the culprits are chilling in one hotel and government is paying for them.”

@Chuks Onumaegbu said, “Nigerian government becoming lawless clueless and destroying innocent youths in the southeast, this not a good omen, the world is watching. Carry out your job diligently base on international standard, that one is ok but for what is going on now, l say no.”

@An Instagram user wrote; Ladyque wrote; They are always quick to parade people without proper investigations