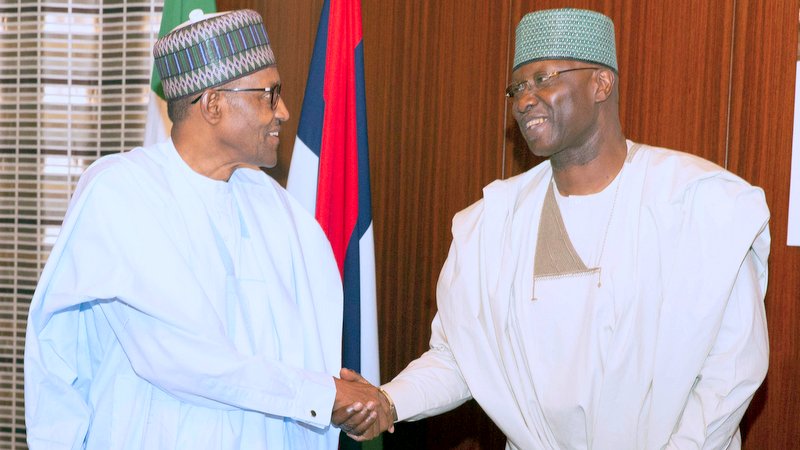 The suspended youth leader of the Peoples Democratic Party in the Hong Local Government Area of Adamawa State, Ikama Kato has been dragged before a court of law for allegedly insulting President Muhammadu Buhari and the Secretary to the Government of the Federation, Boss Mustapha.

Kato who has now been remanded in prison is accused of using his Facebook platform to insult President Buhari and the SGF who is actually from the same region as him.

Naija News gathered that Kato had called out the two leaders over the rising cases of insecurity in various parts of the country particularly, the recent attacks in his area by armed men suspected to be Boko Haram members but the matter has now landed him in trouble.

Kato was said to have recorded and posted a video in which he described the SGF as “a disappointment and a failure” and described him and Buhari as “useless men” in power.

After the video went viral, the youth leader was suspended by the Hong chapter of the PDP, accusing him of using vulgar language against the SGF and Buhari.

The youth leader eventually apologized after the suspension.

But according to Punch, the matter was taken up by another group known as Adamawa Concerned Citizens, led by Hussain Gambo, who dragged Kato before a magistrate’s court.

Meanwhile, a chieftain of the ruling All Progressives Congress, Senator Anthony Adefuye has declared that some people in Nigeria have decided to see nothing good in what President Muhammadu Buhari is doing.

Adefuye who is also a member of Lagos Governor’s Advisory Council (GAC) stated that Buhari is the best president Nigeria has ever had.