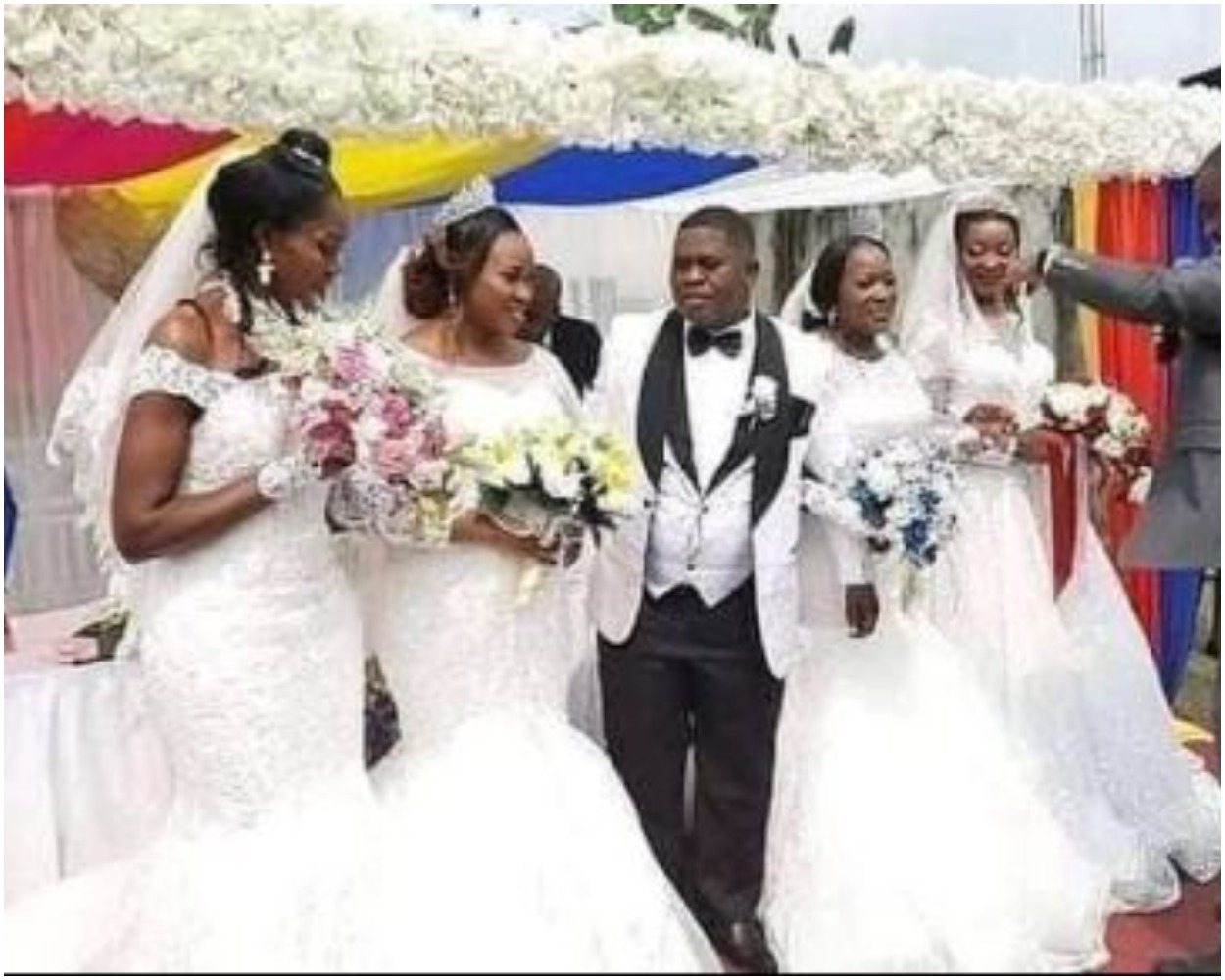 A popular businessman has tied the knot with all four women in holy matrimony all at the very same time.

In the startling photos that have become an internet sensation, the businessman married all four women who he claimed to love all at once.

The man identified as Mesmine Abessole “Kether De Bonagere” married the four women at the same time in Gabon. 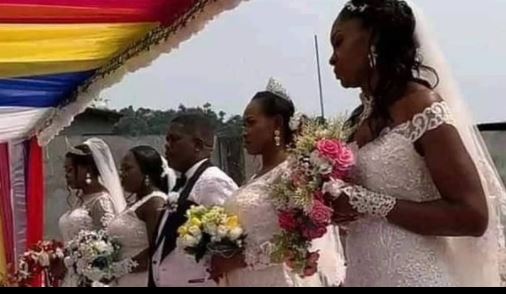 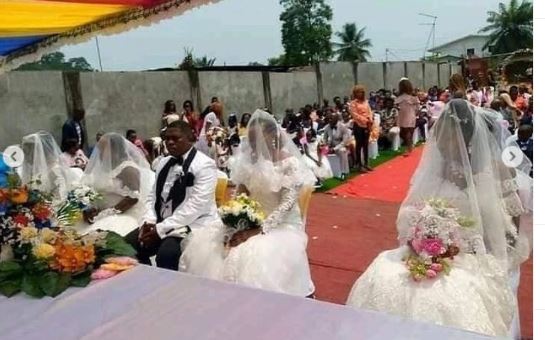 Meanwhile, a video of a Nigerian Groom disgracing his bride and his best man for sleeping with his fiancée has surfaced on social media.

In the video, the Nigerian groom who is yet to be identified as at of the filing of this report could be seen making a scene on his wedding.

According to reports, he caught his bride cheating on him with his best man but didn’t expose them earlier on, until his wedding day, before confronting them about their illicit affair

Despite the pleads from friends and well-wishers, the groom eventually called off the wedding leaving his fianceé crying and rolling on the floor.