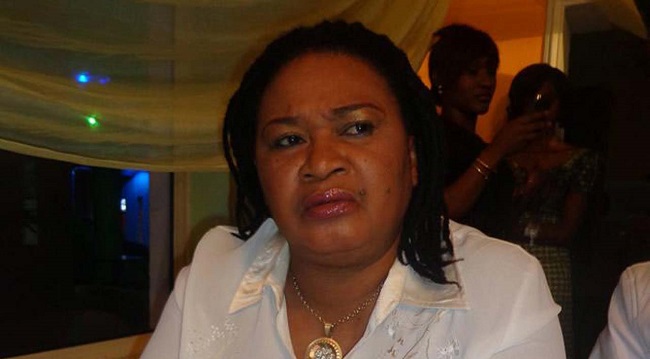 Veterans in the Nigerian movie industry have continued to mourn the demise of actress, Rachel Oniga.

Naija News reports that Oniga died on Friday at the age of 64 as confirmed by a member of the Actors Guild of Nigeria.

Her son, Olatunji, as well confirmed the death of the actress to newsmen on Saturday, saying his mother died on Friday night around 10 pm.

“She passed last night around 10pm. She had malaria and typhoid,” Olatunji noted.

The screen goddess who began her acting career in 1993, shortly after her divorce has featured in many notable films. Reacting to her death, Nollywood veteran Joke Silva described Oniga’s exit as a bit early.

Sharing Oniga’s picture before her death on her Instagram, Silva wrote: “Sista… Incredible committed colleague. You have to come correct when playing opposite ‘Rahel’. Rachel Oniga, not much talk but all work. RIP girl. 64 is a bit early. You have completely blindsided me.”

On her part, Akindele on her Instagram page wrote, “Hmmm Aunty Rachel. Thank you for being so good to me. God knows best. Rest in peace ma! May the Lord grant your family comfort.”

Also mourning Oniga, actress, Toyin Abraham, wrote, “Iya Yetunde Alakada @racheloniga. Odigba ma’am. RIP ma’am. God, we will continue to praise your Holy name because we can’t question you but eleyin dun mi ganni o (this is so painful to me).”