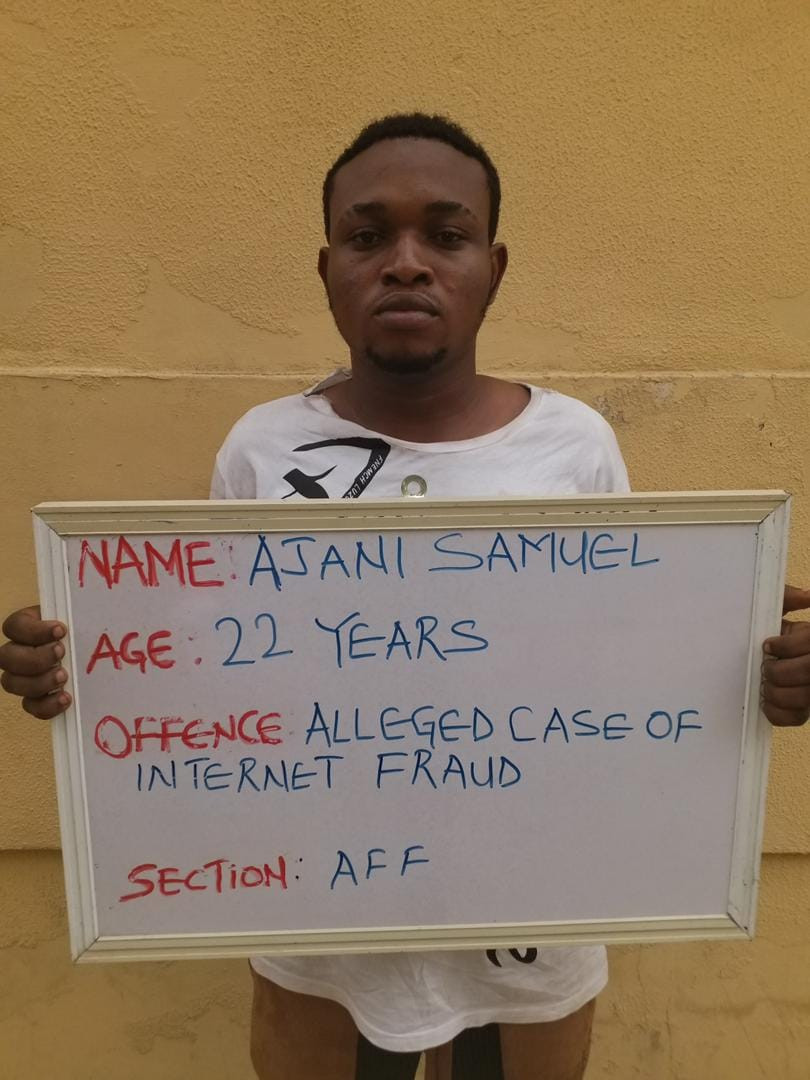 A 25-year-old final year student of the University of Ilorin, Ajani Samuel, has been sentenced to prison over an alleged romance scam and other cybercrimes.

Naija News understands that the suspect’s jail term was secured by The Ilorin Zonal Command of the Economic and Financial Crimes Commission, EFCC.

Ajani was among the 30 suspected fraudsters apprehended by the anti-graft agency on May 4, 2021, around Tanke Area, University Road, Ilorin. Upon the plea of guilt entered by the defendant, and uncontroverted evidence tendered by the prosecution against him, Justice Sikiru Oyinloye of the Kwara State High Court sitting in Ilorin found Ajani guilty of the two counts preferred against him by the EFCC.

One of the counts reads: “That you, AJANI SAMUEL (ALIAS ROSELINE THENG) sometime between June 2020 and May 2021 at Ilorin, Kwara State, within the jurisdiction of the Honorable Court did knowingly had under your control the sum of $9,348.2 through your Blockchain Wallet linked to your [email protected], the money you knew to have been unlawfully obtained and thereby committed an offence contrary to and punishable under Section 319A of the Penal Code.”

Following the plea of the defendant, counsel to the EFCC, Innocent Machine, led Udo Iniubong, an operative of the Commission, to review the facts of the case. Documents including the extrajudicial statements of the defendant, fraudulent messages, iPhones, Laptop and Manager’s cheque (bank draft) of N100,000 (One Hundred Thousand Naira) raised as restitution by the defendant were tendered and admitted in evidence.
Delivering judgment on the matter on Wednesday, July 28, Justice Oyinloye said the court carefully considered the evidence placed before it and the plea of guilt entered by the defendant.

The judge also ordered the forfeiture of the convict’s iPhones, laptop and the manager’s cheque of N100,000 (One Hundred Thousand Naira) raised as restitution by the convict to his victims, to the Federal Government.