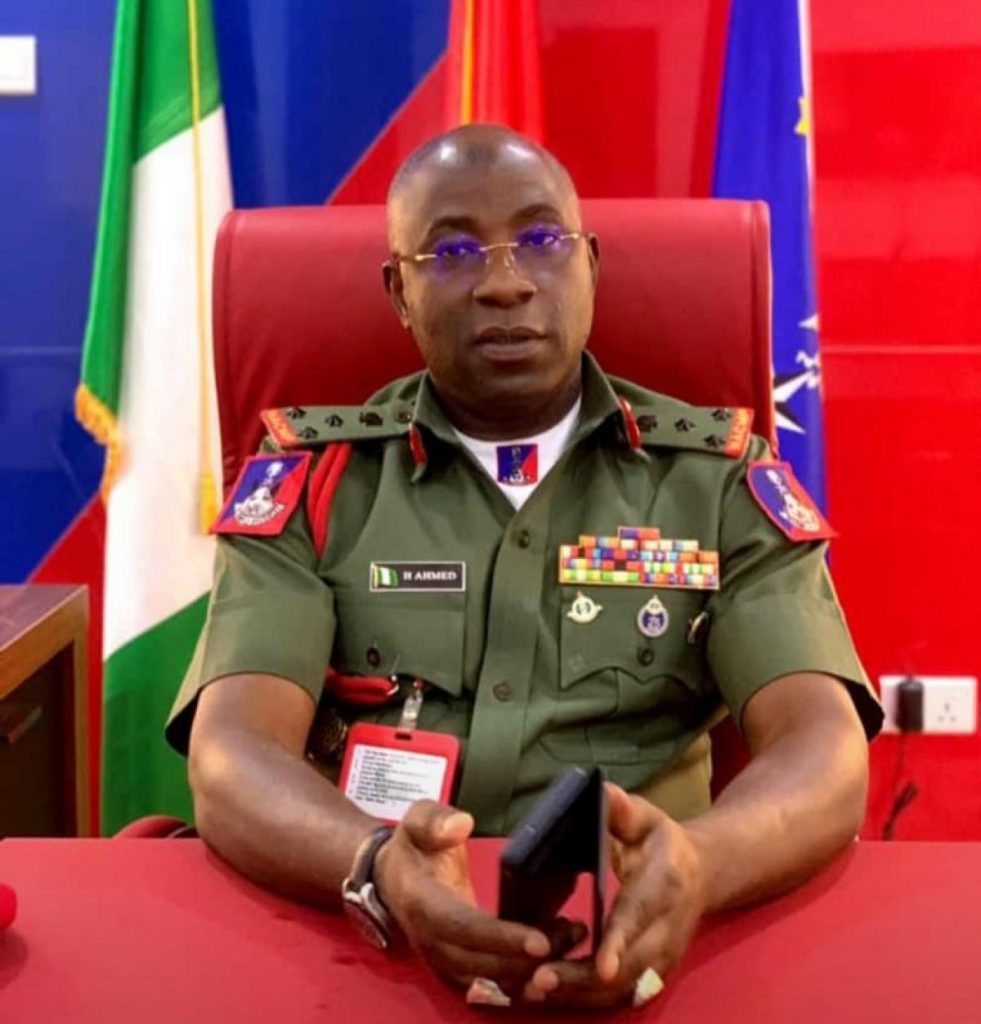 The sister of the late Maj Gen, Hassan Ahmed, Sabina has been released after thirteen days in her kidnapper’s den.

Recall that the former Provost Marshal (PM) of the Nigerian Army was murdered between 8 p.m. on July 15 within the Abaji area of Abuja.

Gunmen had ambushed the military officer on his way back from a trip to Okene in Kogi.

A source that spoke with Daily Post on Thursday said the kidnappers demanded N50million after spending three days in detention.

The source revealed how friends gathered funds to rescue her through a WhatsApp group.

The group, titled ”Rescue For Sabina”, had a total of 34 members including friends and relatives. Other spirited individuals also contribute and in the end, N7million was paid to the criminals.

The source said: “The gang requested N50million initially but the family, after doing all they could, gathered N6.3million.

“They begged the kidnappers to collect the amount which was raised under 10 days but the captors rejected and insisted on N7million.

“Yesterday (Wednesday) morning, they gave a 24-hour ultimatum and warned that failure to pay will have consequences.

“This got everyone more agitated. We had to rally to ensure the money was paid before their threat.”