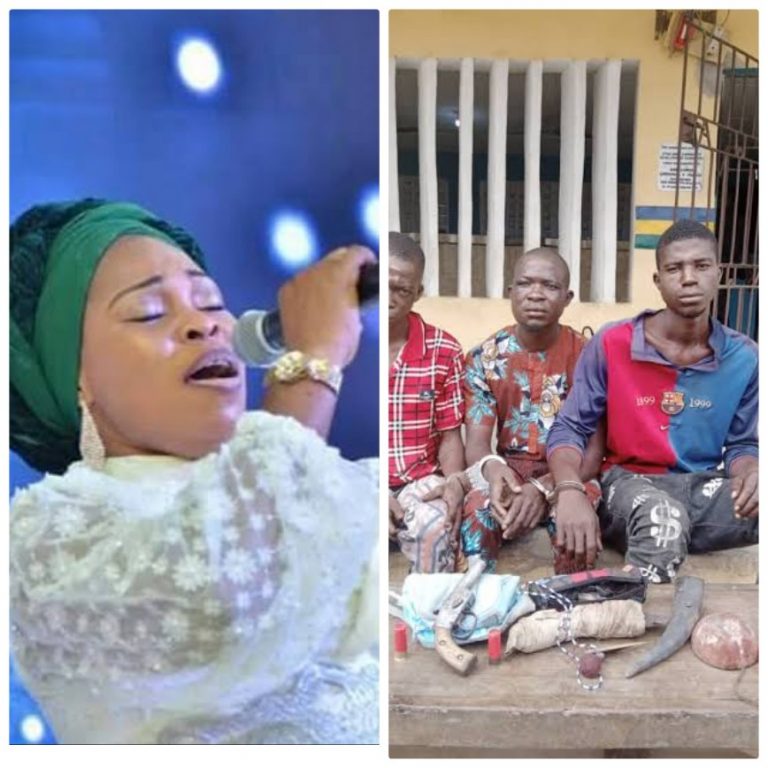 Award-winning gospel singer, Tope Alabi, has been robbed at her supermarket in the Oke Ore area of Ota, Ogun State.

Oyeyemi while speaking on the incident noted that she was held hostage at her supermarket and robbed of a huge sum of money.

He, however, confirmed that three suspects linked to the robbery operation have been arrested.

Oyeyemi noted that the suspects identified as Anu Ibikunle Rasheed Bisiriyu and Adebowale Dada were arrested following a distress call received at Atan Ota divisional headquarters about 9:45 pm on Thursday.

He noted that the Divisional Police Officer Abolade Oladigbolu mobilized his men to the scene and arrested the hoodlums after a chase.

The police spokesperson revealed that a locally-made pistol, two live cartridges, and assorted dangerous charms were recovered from the suspects.