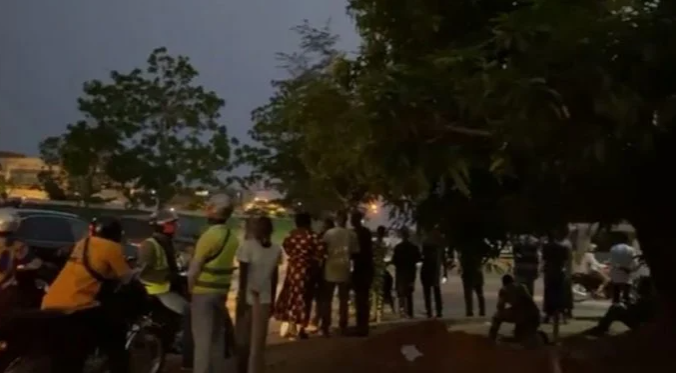 Police operatives in the Benin Republic have dispersed newsmen and supporters of Yoruba Nation agitator, Sunday Igboho, from the premises of the Cour De’appal De Cotonou on Monday.

It was gathered that the security operatives entered the court premises in about seven trucks.

The police officers chased away the crowd, who were waiting for the verdict of the court.

The Beninese court is still in session as of the time of filing this report.

Naija News had earlier reported that Igboho’s lawyers and his wife, Ropo, were allowed inside the courtroom.

The court is currently investigating the allegations brought against Igboho by the Federal Government of Nigeria which claimed, amongst other things, that the activist is a gun runner.

The court is also expected to rule on the extradition or otherwise of Igboho.