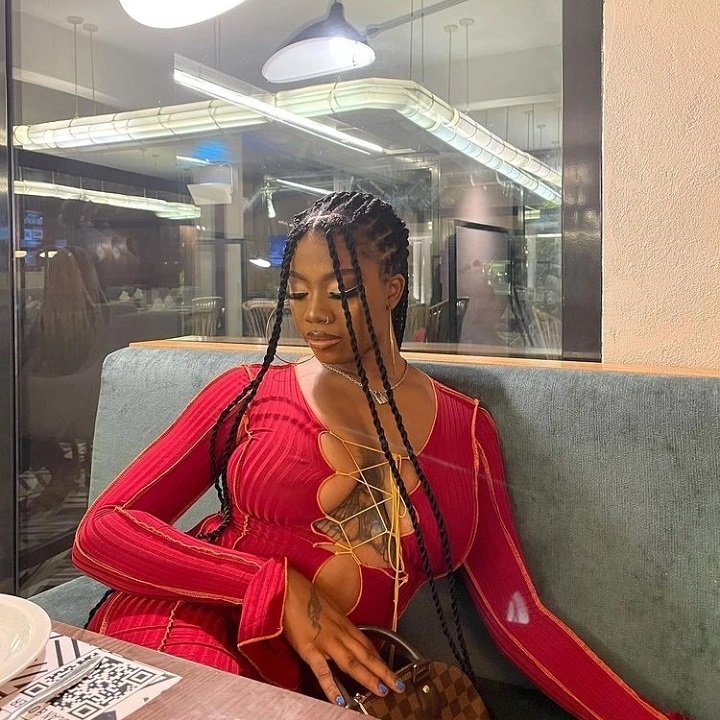 A few hours after entering into the Big Brother Naija reality TV show, an old tweet of one of the female housemates, Angel has resurfaced online.

As seen in the tweet, the beautiful housemate who is currently participating in the ‘shine your eyes’ edition of the BB Naija show boasted that she can drain a man’s pocket.

She said in the tweet that she would sleep with a rich man till he is no longer rich. 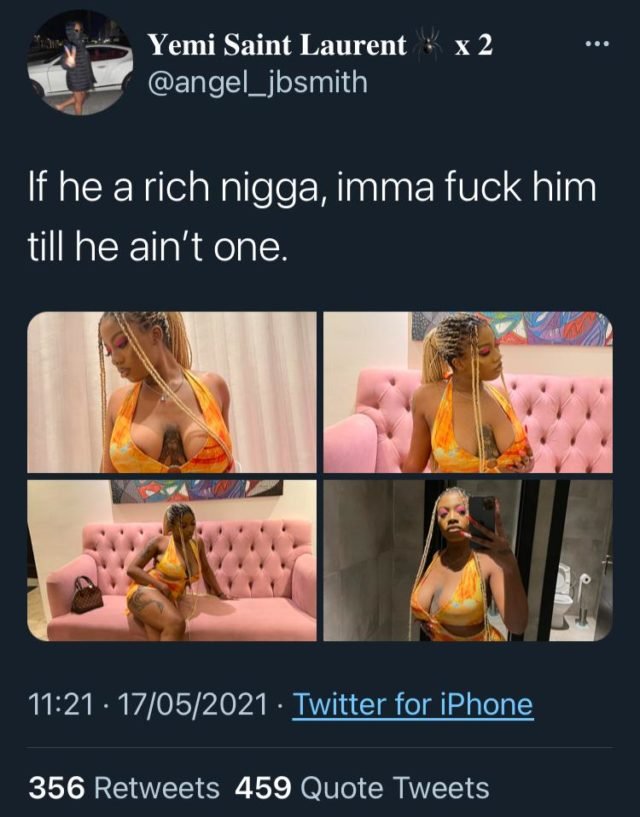 Naija News recalls Angel was the first female housemate to be introduced into the house on Sunday when the host introduced the female contestants.

In a related piece of news, Angel has opened up on her battles with mental health.

The reality show star while addressing other housemates on Sunday night disclosed that she started self-harming when she was 14.

According to Angel, she went to UNILAG but did not attend lectures for two weeks because it was hard for her to mix with people, having gone to a secluded high school.

She further stated that she dropped out of school, an action of which her mother was not told.