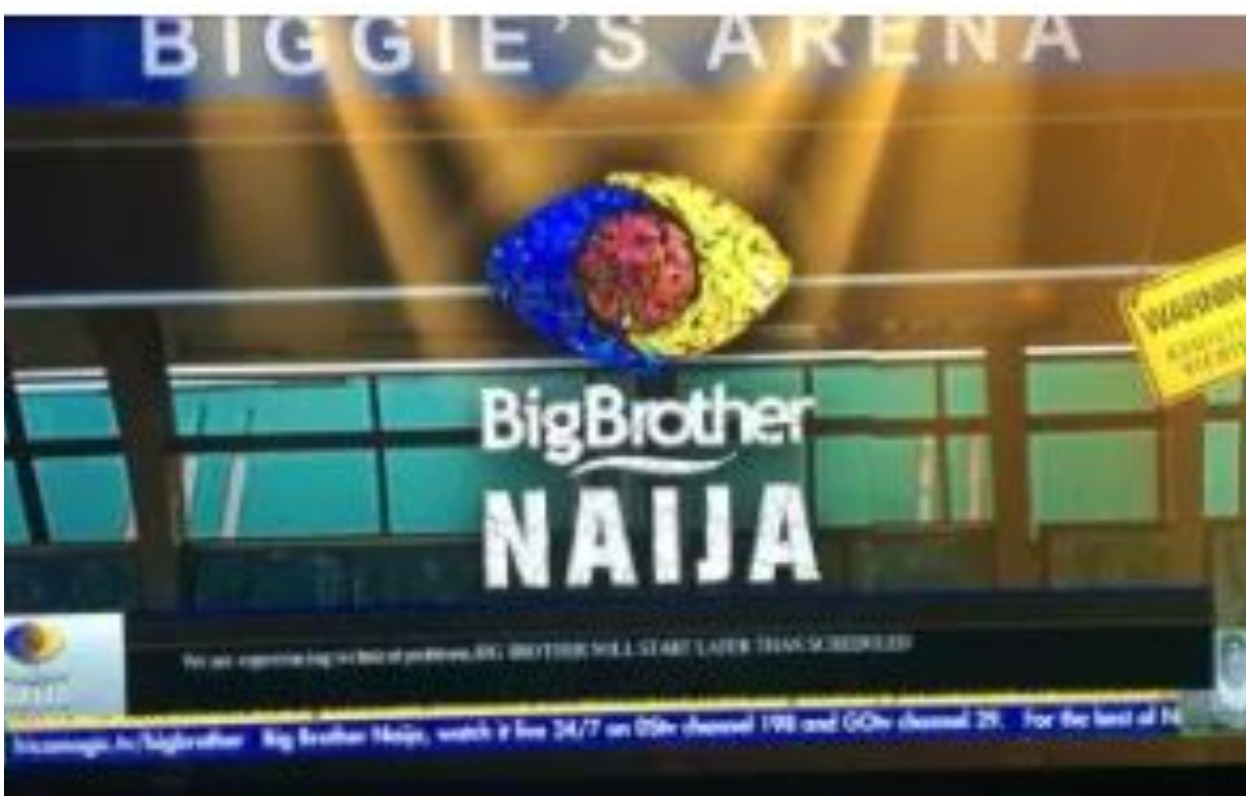 Nigerians have taken to social media to lament after the biggest Reality TV show, Big Brother Naija which is expected to start today, Saturday June 24 by 7PM was delayed for some minutes due to technical issues.

According to stakeholders, the show suffered technical issues revealing it would be delayed for few hours.

However it seeming as though everything is back to normal, as the show is currently airing.

Meanwhile, fans of the show have complained about the delay.

@Lyna wrote; ‘At this point it’s the FOMO that’s keeping me in front of this tv. Biggie respect yourself’

@Eucharia wrote; ‘Biggie is late to the Party or is Ebuka having Stage fright??
Ah!#BigBrotherNaija #Biggie pic.twitter.com/cPQWib1NVv’

@Temi wrote; Ebuka and biggie, are we a joke to you?!