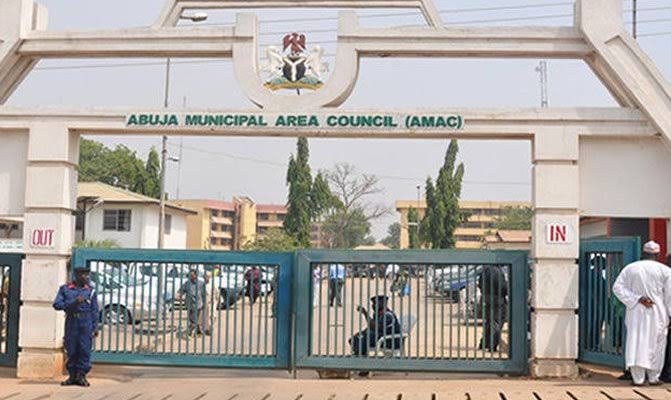 Firm owners in the Federal Capital Territory, Abuja have lamented the N100, 000 gaseous emission permit imposed on them by the Abuja Municipal Area Council.

Naija News understands that for the emission of gas from generators and other heavy-duty machines, the levy is made mandatory to business establishments in the nation’s capital.

The firms, however, have lamented the ‘outrageous’ levy, describing it as outrageous and capable of sending them out of business.

In a letter that has gone viral on the Internet which was signed by the Head of Environment, AMAC, Ahmed Haruna, and addressed to a bakery, it was stated that the levy was for the discharge of harmful substances into the air, water and land.

Haruna said failure to comply with the directive could lead to the arrest of the bakery operator.

The letter read, “The management of Abuja Municipal Area Council Environment Services Department (ESD) Bodies, wishes to notify you of levy/fees due to the Abuja Area Council for Gaseous Emission Permit Limit.

“This includes the discharge of harmful hazardous substances into the air or the land and water in Nigeria by the activities of industries, warehouses, banks, either from generators or heavy-duty, drilling, production, construction and manufacturing equipment, filling stations, etc.”

According to him, the directive was in line with the provision of Section (2C) of the fourth schedule of the constitution of the Federal Republic of Nigeria as amended under the function of the Local Government Authority and Federal Environmental Protection Agency Act part (iii) Section 25 which establish the Local Council Authority to regulate, enforce and collect levies for the interest of public health importance.

But the chairman, Association of Master Bakers and Caterers of Nigeria, Abuja chapter, Ishaq Abdulkareem, dared the council, saying that members would not obey the directive.

He said, “Is it our fault that the power supply is unstable and we have decided to look for an alternative? We are still contending with the high cost of raw materials and they are asking us to pay this much as a levy?

“That means they want to kick us out of business. The directive is a politically motivated one. They specifically stated bakery. Are we the only ones emitting smokes? Let them take their directives and arrest residents for using generating sets or other industries, only then would we oblige.”

Meanwhile, the Abuja Chamber of Commerce and Industry has asked the council authorities to suspend the N100,000 levy imposed on bakeries and other businesses in the FCT.

The President, Al-Mujtaba Abubakar, in a statement on Friday, said imposing new levies despite the country’s high inflation rate would increase the cost of doing business.

“We call on the leadership of Abuja Municipal Area Council as well as other government agencies to suspend the planned imposition of generator and equipment taxes, as this is inconsistent with the Federal Government’s programmes to create an attractive business climate for business owners.

“Imposition of new taxes like the generator and equipment taxes will not only be an additional burden to be borne by business owners, it will accelerate the collapse of more businesses, deepen unemployment and further hike inflation rate in the country,” he said.