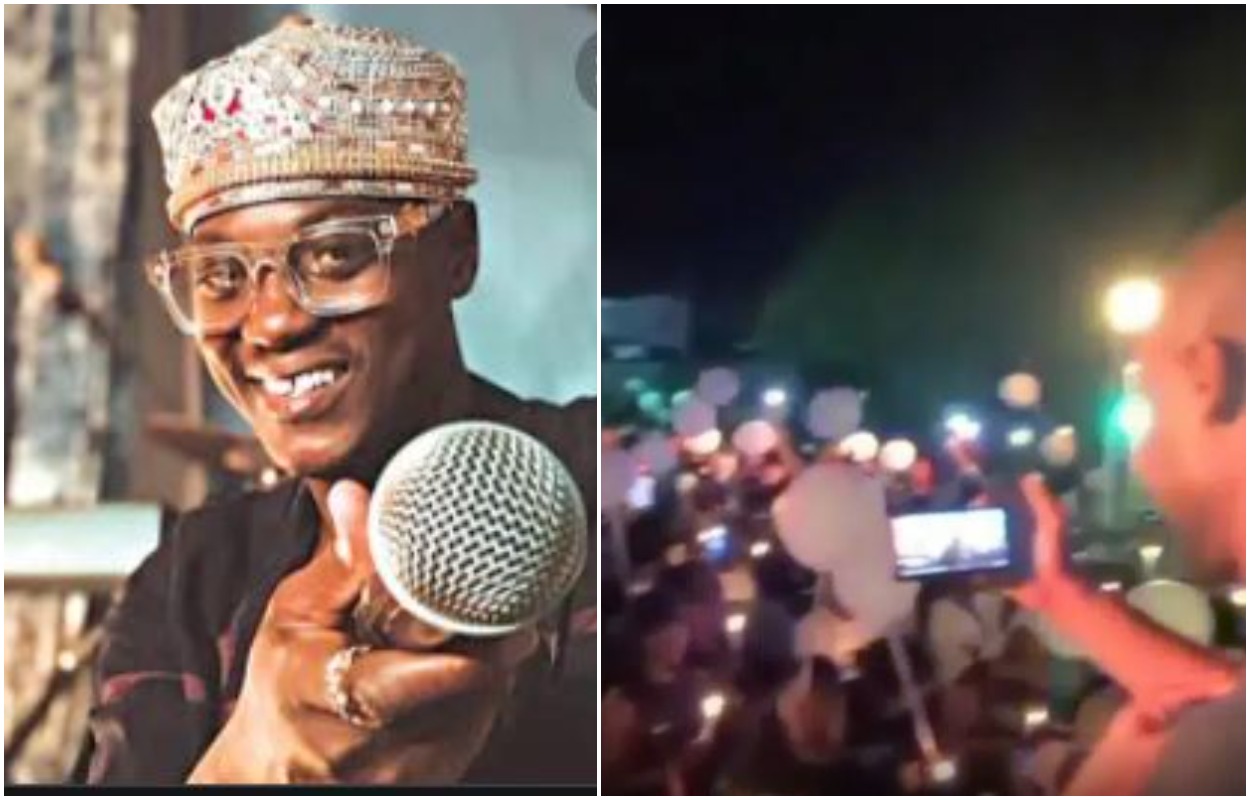 Naija News reports that the late singer, Sound Sultan died on Sunday at age 44 and was buried in the United States of America according to Islamic rights.

In the video shared on social media, lots of people were seen wearing black t-shirts with the late singer’s face embellished on them.

Friends, families and colleagues of the singer were also spotted at the candlelight procession held in Lagos. Candles were lighted and waved balloons in the singer’s honour.

Meanwhile, Nigeria Basketball players, D’Tigers recently honored the late renowned rapper, singer and songwriter, Sound Sultan with their warmup shirts. In the video shared on social media, the players were seen rocking shirts embroil with the late singer’s face against their game with Australia

They also had dedicated their victory over Team USA to Sound Sultan, who was a huge fan of Basketball and contributed a lot to the Basketball scene in Nigeria before his sudden death.