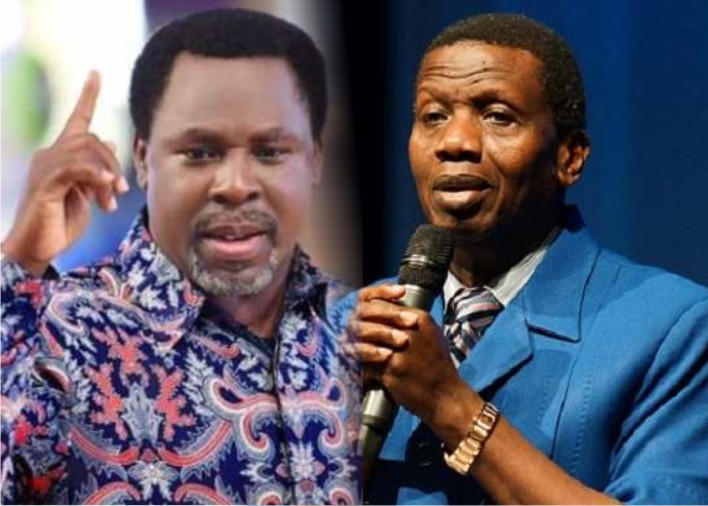 The General Overseer of the Redeemed Christian Church of God (RCCG) Pastor Enoch Adeboye has sent a condolence message to the family of the late founder of Synagogue Church of All Nations (SCOAN), Prophet T.B Joshua.

In the letter personally signed by Pastor Adeboye and addressed to the widow of the late prophet, Evelyn, the RCCG leader expressed confidence that Joshua is at the feet of the Lord and urged the family to take consolation from that fact.

He assured the family of continuous prayers and prayed God to uphold them in their trying time.

Adeboye’s letter was dated July 6, 2021, but was not made public until it leaked to the media.

“Calvary greetings in Jesus name. We want to join millions of people across the globe to register our condolence with you on the passing of your husband, Pastor T.B. Joshua.

“We take solace in the Lord, believing that we shall meet again at the feet of the Lord Jesus on the resurrection morning.

“We, therefore, pray for you, your children and the entire church that, the Lord will uphold all of you and such untimely death shall cease in our midst in Jesus mighty name,

Be assured of our continuous prayers.

Meanwhile, the Synagogue Church of All Nations, SCOAN, has debunked the report that there was a succession battle in the church, exactly a week after the founder, Prophet TB Joshua was buried.

There had been series of speculations that there were issues over the leadership of the church.

There have been claims that the wife of the late founder, Evelyn Joshua was appointed to succeed her husband as the leader of the church

However, some others believe that one of the disciples of TB Joshua would take over the leadership.

The church while reacting to the speculation on its Facebook page on Thursday, said there was no succession battle in the church.